In Let’s Go Pikachu and Let’s Go Eevee, Pokemon Road replaces Cycling Road in central Kanto. That means a bicycle is not needed to enter the area. This path connects Celadon City in the north with Fuchsia City in the south, and consists of routes 16, 17, and 18.

The small area between Celadon City and Route 16 will be blocked by a Sleeping Snorlax. In order to wake it up, you must obtain the Poke Flute from Mr. Fuji in Lavender Town. He can be found on the top floor of Pokemon Tower in Lavender Town, but the Team Rocket missions must be completed first.

A small tree can be found in the area between Celadon City and Route 16, just passed the sleeping Snorlax. Use your Partner Pokemon’s secret technique to chop down the shrub and find a patch of tall grass. Within the tall grass is a PP Up along with several species of Wild Pokemon. 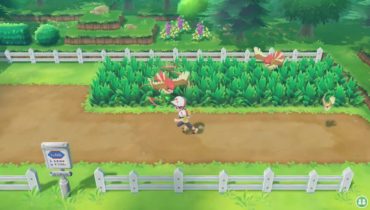 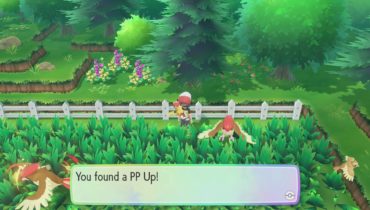 Go through the route house to the west to discover a secret area. Talk to the girl inside the small house to receive TM14 Fly. This is a strong flying-type attack that takes two turns to hit, and was originally a Hidden Machine instead of a Technical Machine. Exit out of the house and challenge the nearby three Pokemon Trainers to a battle. 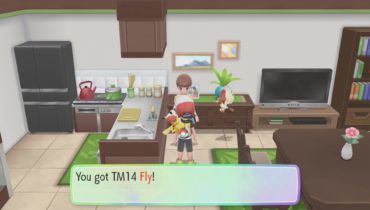 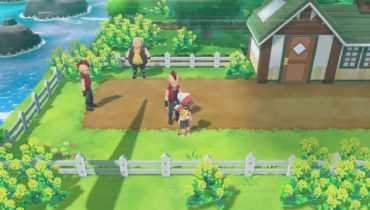 Defeat Hideo to receive P1,008 and 3 Poke Balls. With the secret area cleared, return to route house on the main path between Celadon City and Pokemon Road. Another one of Professor Oak’s assistants will be waiting on the second floor of the route house. If you’ve captured at least 40 different species of Pokemon, the assistant will reward you with 30 Ultra Balls. With that taken care of, continue to the main path of Route 16 within Pokemon Road. 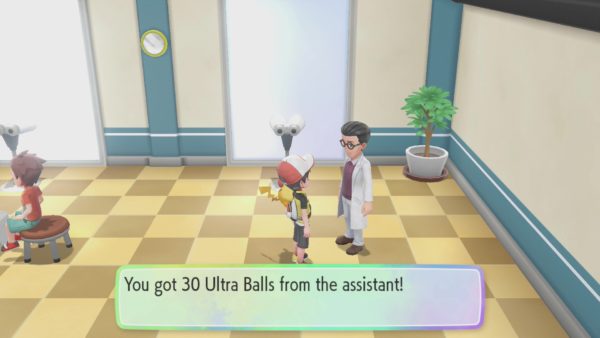 Once through the route house you will find yourself in a small, gated area. On the west side are 3 Great Balls; on the east side is a Super Potion. A Pokemon Trainer will challenge you to a battle before you can enter the next route to the south. 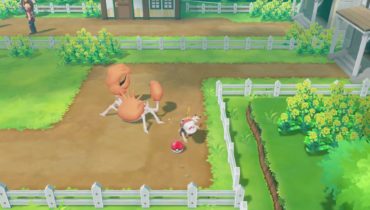 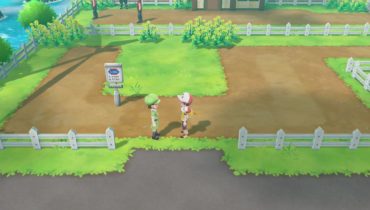 Defeat Ruben to receive P700 and 2 Great Balls. Walk through the gate to enter the next section of Pokemon Road.

Patches of yellow flowers can be found throughout Route 17. Investigate each patch whenever you see your Partner Pokemon’s tail wagging. Every day many types of Berries can be found along this route. 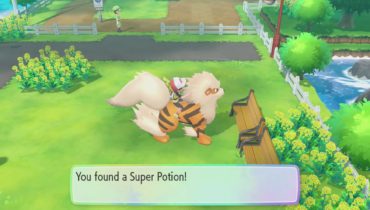 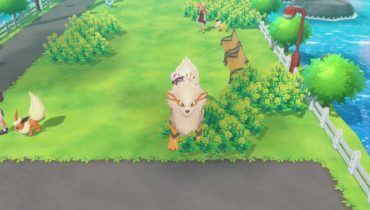 Walk directly to the south into a resting area. This area has three Trainers with three Eevee evolutions standing next to them. Before you challenge them to a battle, look near the benches to find a Super Potion.

Defeat Mila to receive P720 and 3 Poke Balls. South of Mila is the first patch of tall grass in Route 17. You can capture some new species of Pokemon here, including the incredibly rare evolutionary Pokemon Eevee! You can also find a Super Lure and 3 Great Balls within the tall grass. Another Pokemon trainer is located to the east. 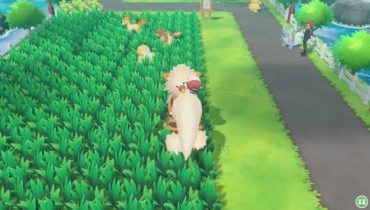 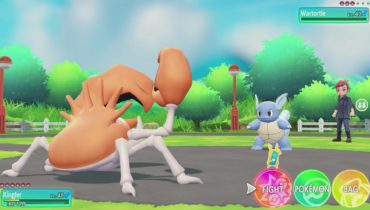 Defeat Johnson to receive P3,900 and 5 Ultra Balls. To the south is a strip of tall grass with an Elixir inside.

Pokemon road will fork into two paths further south. Although there’s a body of water separating the roads, your Partner Pokemon will not be able to surf on the water’s surface. Follow the western path to a Pokemon Trainer. 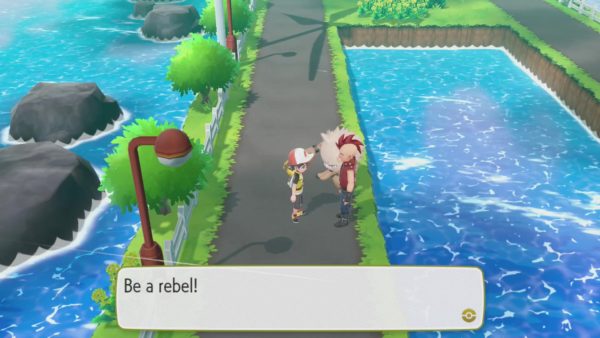 Defeat Corey to receive P1,064 and 3 Poke Balls. South of this body of water is the route’s Coach Trainer. 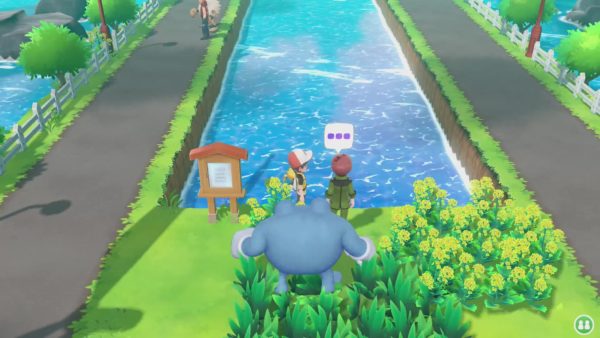 Defeat Grantley to receive P4,100 and TM58 Drill Run. After the battle, pick up the Rare Candy in the patch of tall grass to the south.

Continue downhill towards the next patch of tall grass where 5 Silver Pinap Berries can be found.

The next area is a rest area with yellow flowers. Search the flowers to find a Nugget. A Pokemon Trainer with a Weepinbell can be challenged next to this item. 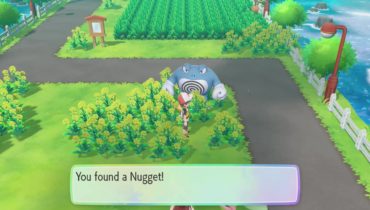 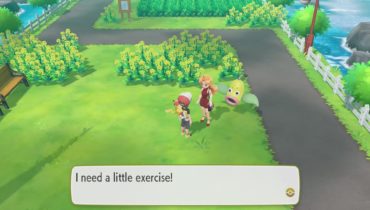 Defeat Samantha to receive P2,220 and 3 Poke Balls. South of Samanta is a gentleman with a Persian.

Defeat Orson to receive P4,560 and 3 Poke Balls. Search behind the benches to the southwest to discover a Super Repel. To the east is a Trainer with an Exeggutor. 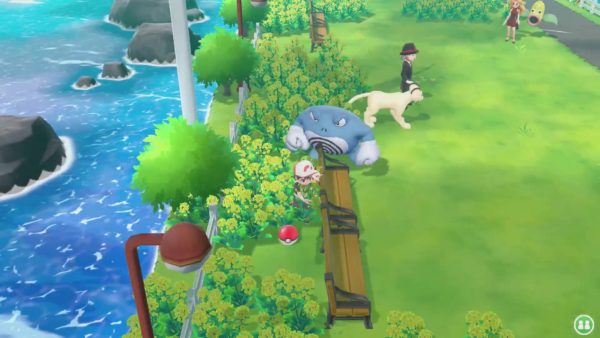 Defeat Maria to receive P3,900 and 5 Ultra Balls. One more Trainer can be found nearby with a Vulpix. She’ll be south of the Gentleman from earlier.

Defeat Misaki to receive P740 and 2 Great Balls. Through the gate to the south is the third route of Pokemon Road.

There are no Trainers or patches of tall grass in this part of the route. Instead, use your Partner Pokemon’s sea skim ability to find and capture Pokemon in the ocean. You can also investigate the yellow flowers for more berries. 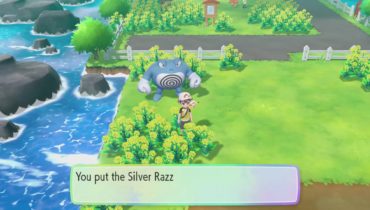 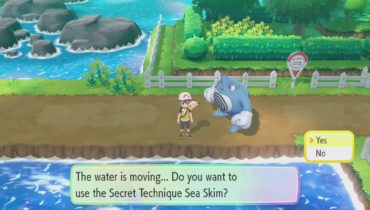 The path to the east leads towards Fuchsia City. This is the city where your Partner Pokemon will learn the Sea Skim ability to surf on water surfaces. Through the house is a small patch of tall grass with three Pokemon Trainers. 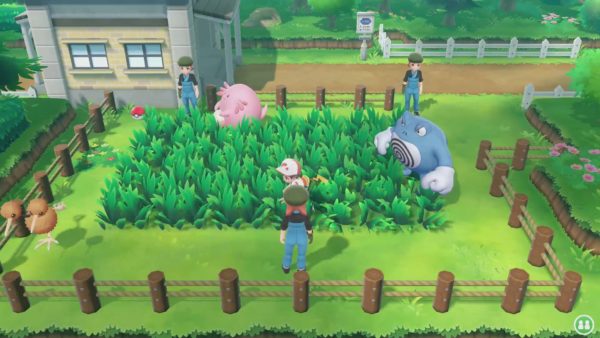 Defeat Jacob to receive P2,340 and 3 Poke Balls. Left of Jacob is an Elixir. With all of that taken care of, you can now head east into Fuchsia City.