Rock Tunnel is a two floor cave in eastern Kanto. It’s located in the middle of Route 10, and actually divides the route in two. To light up the cave, visit the eastern side of Route 2 after learning Chop Down. Professor Oak’s assistant will teach Light Up to your Partner Pokemon.

From the entrance, walk to the dead end in the east with the Repel. To the south is the path onward, but a Pokemon Trainer will challenge you to a battle before you can pass. 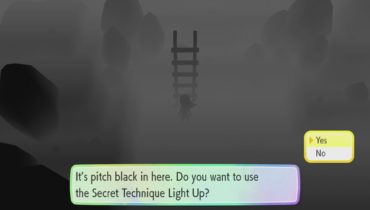 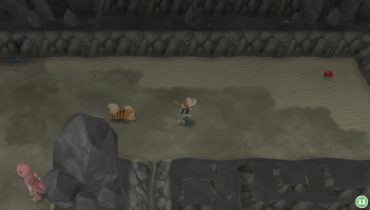 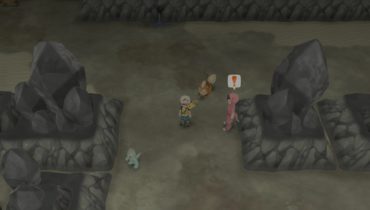 Defeat Ashton to receive P1,104 and 3 Poke Balls. The path to the ladder will be a straight shot northeast. Take this ladder down a level, then walk southwest to the next Trainer. 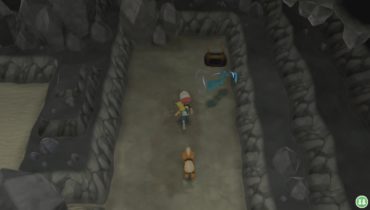 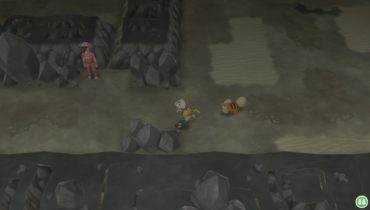 Defeat Winston to receive P1,104 and 3 Poke Balls. Follow the path all the way west until you reach a dead end with a Revive. Backtrack a short distance, then go north towards the next Pokemon Trainer. This Trainer will be standing next to a Dire Hit. 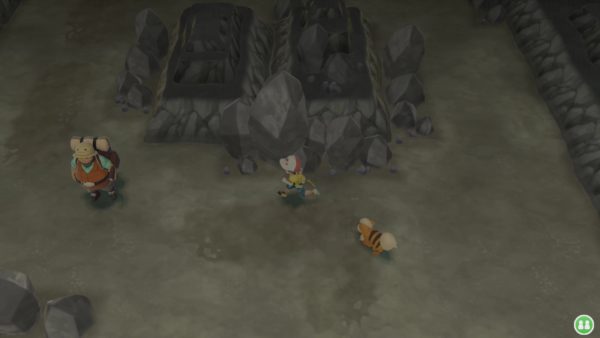 Defeat Dudley to receive P672 and 3 Poke Balls. The road will slightly zig-zag northward towards the next Trainer.

Defeat Alan to receive P920 and 3 Poke Balls. Follow the path northeast towards another Trainer on this same floor. 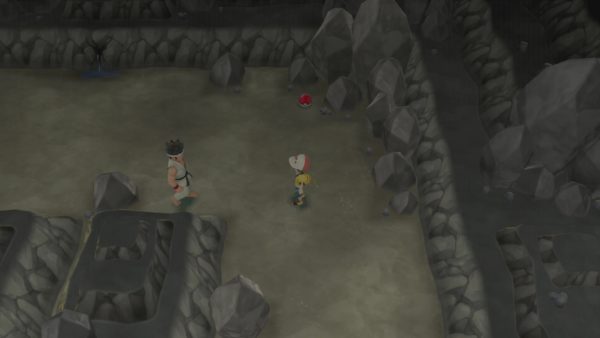 Defeat Eric to receive P672 and 3 Poke Balls. Next to Eric are 3 Great Balls. Pick up the items before taking the ladder to the west. A Pokemon Trainer will challenge you to a battle before you can take the ladder to the next floor. 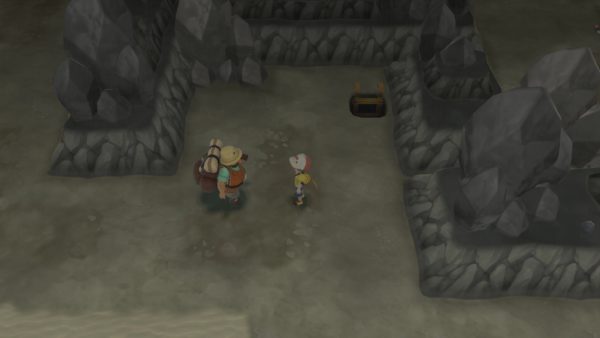 Defeat Lenny to receive P440 and 2 Great Balls. The next ladder is to the southeast, but the next Trainer you can battle is directly south. 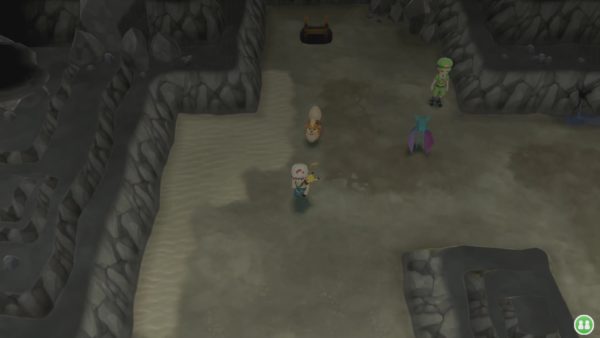 Defeat Oliver to receive P920 and 3 Poke Balls. From Oliver, walk east towards an Escape Rope. With that item in hand, head north to the next Trainer. 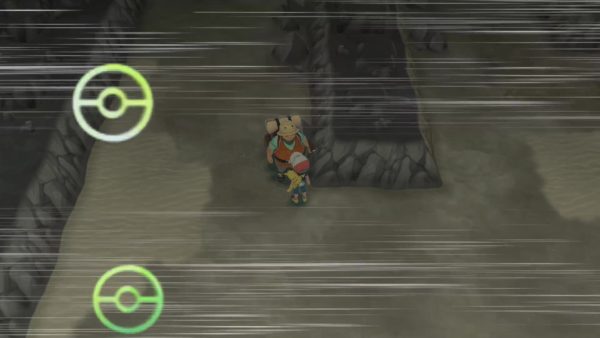 Defeat Claus to receive P920 and 3 Poke Balls. Take the nearby ladder down a level once more. From the ladder, follow the winding path to the north. A Poke Maniac Trainer will be guarding an item. 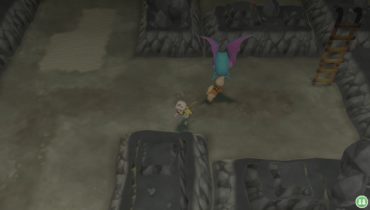 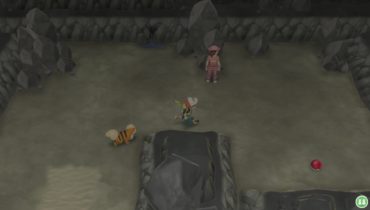 Defeat Cooper to receive P1,104 and 3 Poke Balls. The item to the east that Cooper was guarding is a Full Heal. With that in your bag, follow the winding path west towards another Trainer. 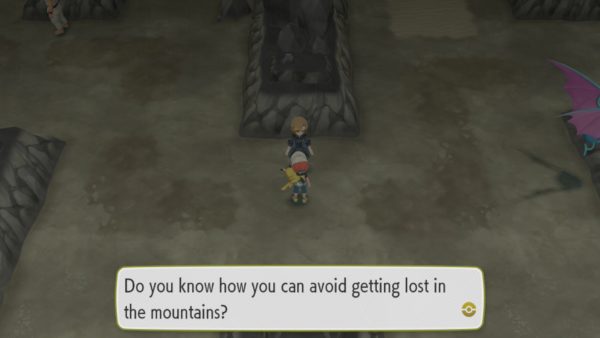 Defeat Sofia to receive P2,500 and 5 Ultra Balls. The path to the northwest leads to the next ladder, but another Pokemon Trainer can be battled to the south, and they will be near another item. 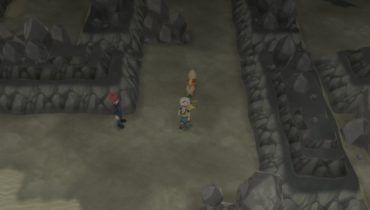 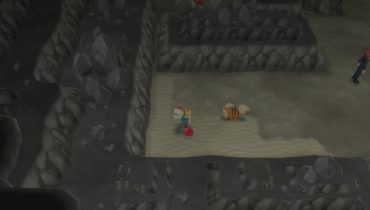 Defeat Charlie to receive P2,500 and 5 Ultra Balls. To the west of Charlie is a bag of Stardust tucked away in a corner. Return to the north and battle the next Trainer blocking the path.

Defeat Steve to receive P672 and 3 Poke Balls. South of this Trainer is a Super Potion, and to the north is the ladder leading back down and level. 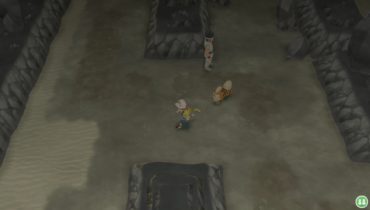 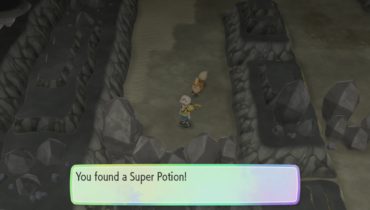 This is the final area of Rock Tunnel. Near the ladder is a man who will give you free Poke Balls if you “run low.” If you have 0-9 Poke Balls in your bag, this man will give you 10 Poke Balls for free. It’s best to use this spot to learn how to catch Pokemon, build a catch combo, and even level up your team through capturing! Walk south to the next Trainers standing in the middle of the area. 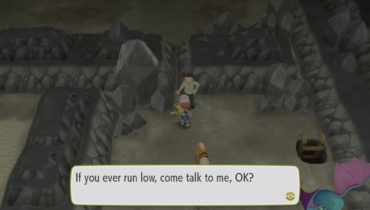 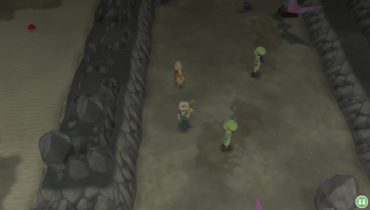 Grab the Super Potion at the southeast corner of the cave between a group of rocks. Walk northwest to a bag of Stardust at a dead end. The final Trainer of Rock Tunnel is standing to the west. 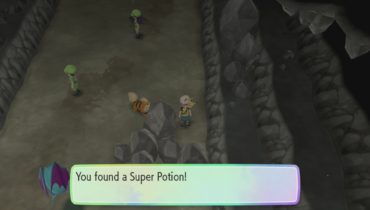 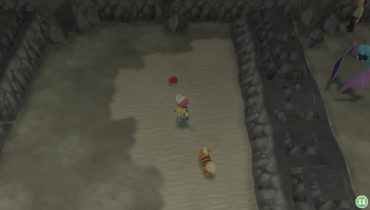 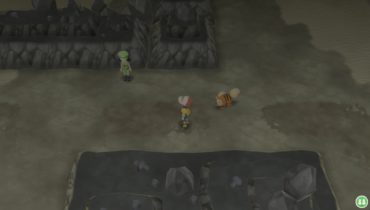 Defeat Dana to receive P440 and 2 Great Balls. Travel to the far west end of the cave to find the last item of the cave: a Pearl. The exit to Route 10 is to the south.

The south half of route 10 is incredibly short. There are a few Trainers, but they can be avoided if you need to rush to the Pokemon Center in Lavender. Head east and jump the ledge to the south. However, if you want to battle everyone, you can go west to a Trainer near a ledge.

Defeat Clark to receive P1,000 and 3 Poke Balls. Just below Hiker Clark are 3 Great Balls. South of the Hiker is a Poke Maniac. You’ll have to jump the ledge to reach him from the west side. Alternatively, you can battle the other two Trainers to the east before the Poke Maniac to the south. 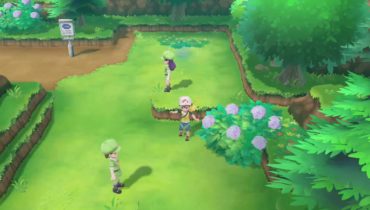 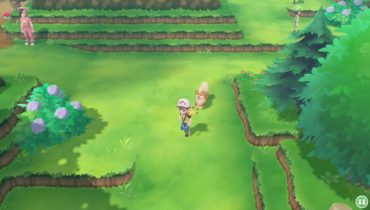 Defeat Carol to receive P480 and 2 Great Balls. North of Carol are Nanab Berries hidden in the patch of flowers.