The S.S. Anne is a large cruse ship docked in Vermilion City’s bay. You’ll only be able to visit it this one time, but there won’t be anything special you can miss. When you first arrive, you’ll meet up with your Rival and Blue. Blue will give you a Shalour Sable, which heals any status condition of a Pokemon one time. 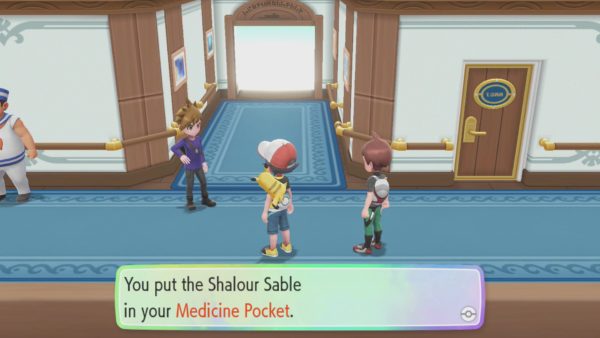 It’s best to investigate every room on the ship to battle every Trainer and pick up each item. Start with the main deck. 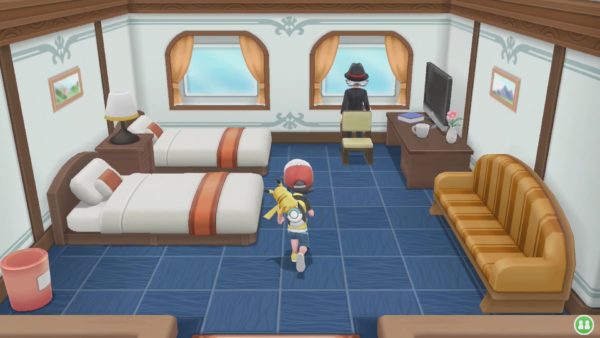 Defeat Arthur to receive P2,160 and 3 Poke Balls. Next, enter the third cabin on the left to find a couple of Trainers near an item. 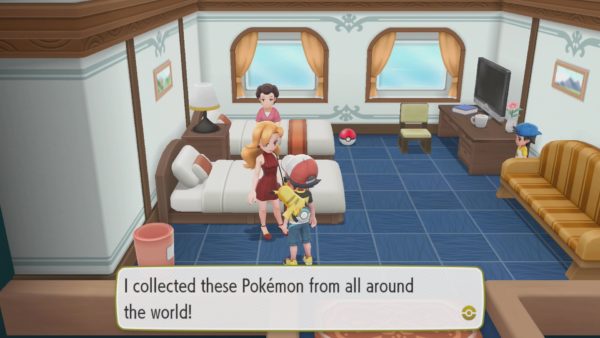 Defeat Tyler to receive P320 and 3 Poke Balls. Pick up the Paralyze Heal at the back of the room. You can go upstairs, downstairs, or to the ship’s kitchen. The kitchen has several chefs and a Super Repel. The staircase that leads to the lower floor can be found on the right side of this first floor. 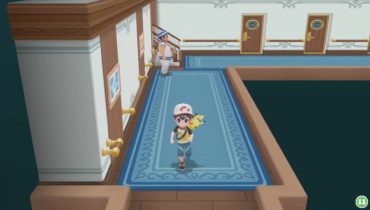 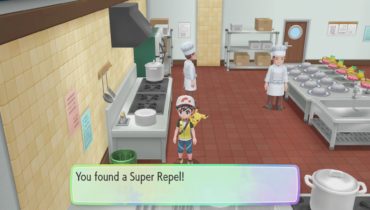 The second room from the staircase will contain a Pokemon Trainer. 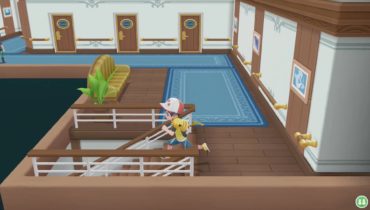 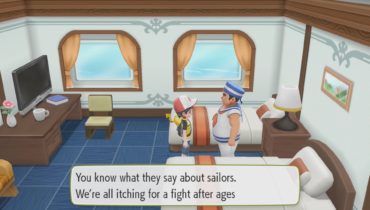 Defeat Leonard to receive P1,080 and 3 Poke Balls. The next cabin on the left contains another Pokemon Trainer near two items. 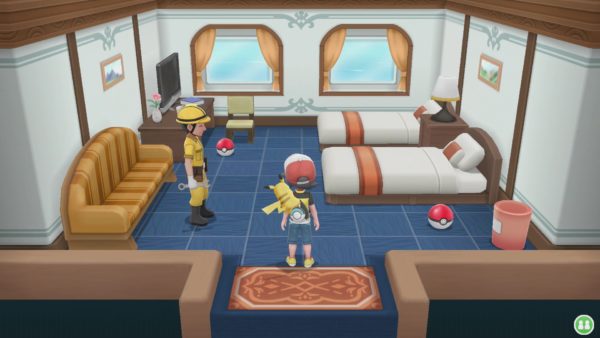 Defeat Dylan to receive P1,080 and 3 Poke Balls. The two items you can find in this cabin are the Full Heal and Elixir. The next cabin to the left has another Pokemon Trainer with a single item. 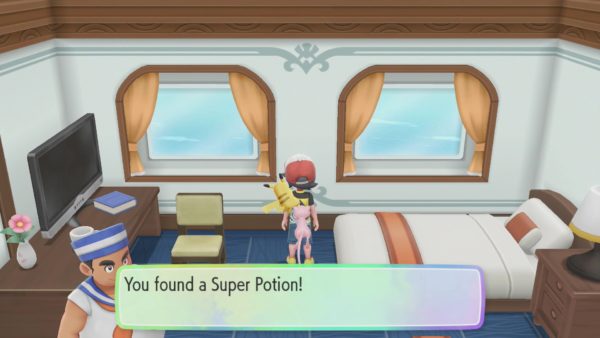 Defeat Duey to receive P1,080 and 3 Poke Balls. Pick up the Super Potion at the back of the room. The final cabin in the lower deck contains one more Pokemon Trainer.

Defeat Barney to receive P720 and and 3 Poke Balls. 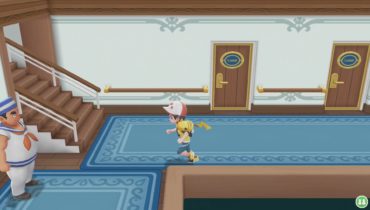 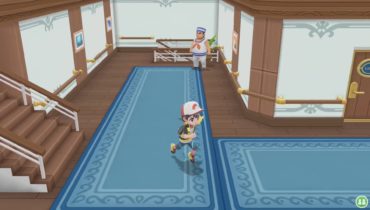 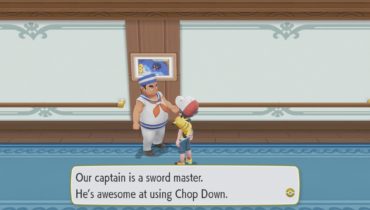 Defeat Trevor to receive P1,080 and 3 Poke Balls. Investigate the bottom-right corner near the table to find some hidden Pinap Berries. 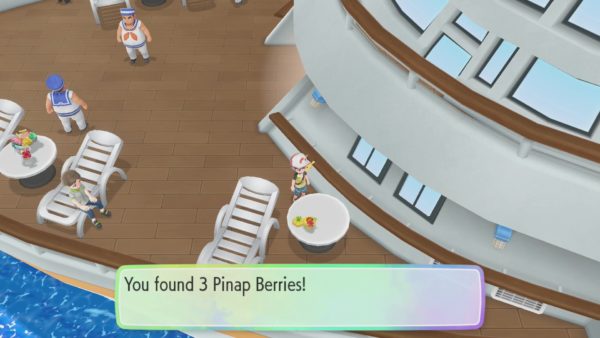 Head to the bow with your Partner Pokemon to increase its happiness, then return to the inside of the ship. 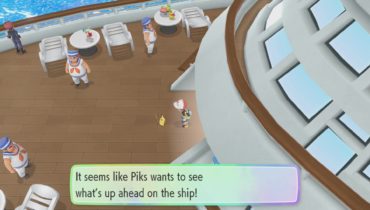 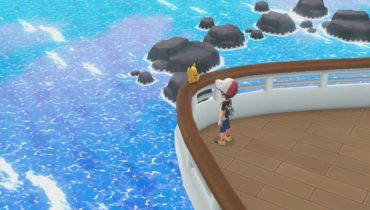 The second cabin on the upper deck holds a fisherman Trainer. 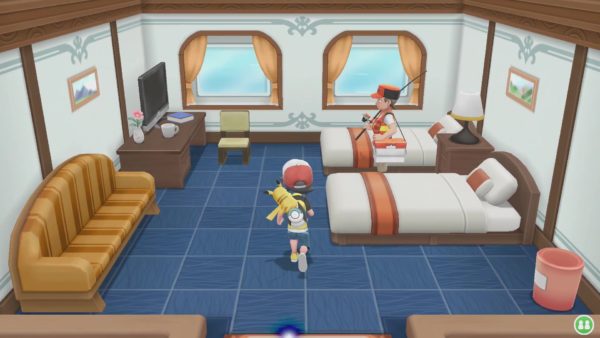 Defeat Dale to receive P720 and 3 Poke Balls. Behind Dale is a Revive. The fourth cabin contains two more Trainers and another item. 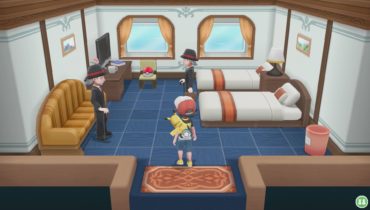 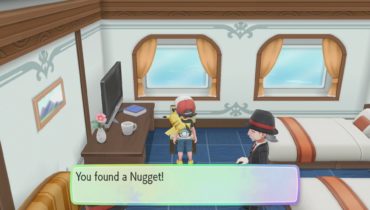 Defeat Lamar to receive P2,160 and 3 Poke Balls. Grab the Nugget on the chair and exit out of the room. That takes care of all the normal Trainers, but your Rival will be waiting for you at the back of the hall. 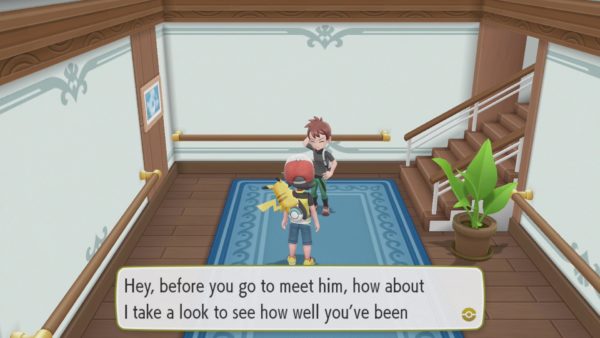 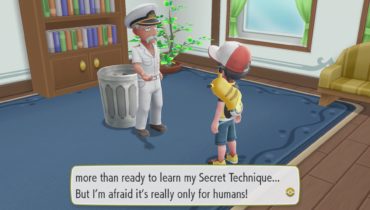 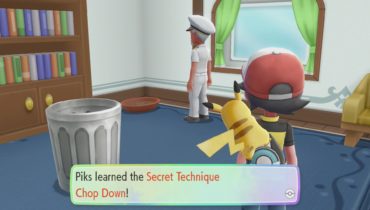 Before going to the Gym, you can challenge a Pokemon Gym Leader from a far off region. She’ll be standing on the pier, apparently having missed her ship. 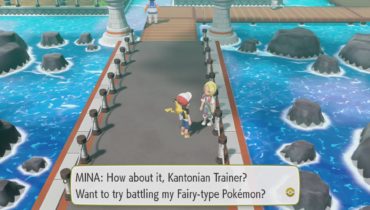 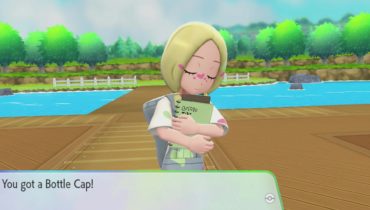 Defeat Mina to receive P2,640 and a Bottle Cap. The Bottle Cap can only be used after becoming the Pokemon League Champion. Now it’s time to challenge the Vermilion City Gym for your third badge.