Mt. Moon is a three-level cave in the middle of Route 4. Team Rocket can be found next to a sign directly north of the entrance. They’ll tell you about a rare fossil hidden somewhere in the cave. 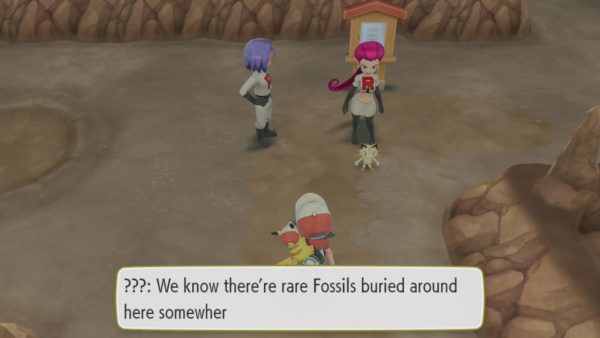 From the sign post, go southwest to find a Potion in a corner. Northwest of the Potion is another item near a Pokemon Trainer. 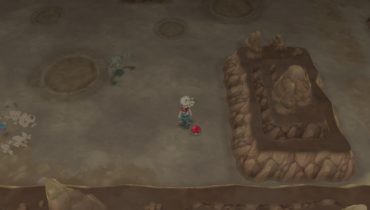 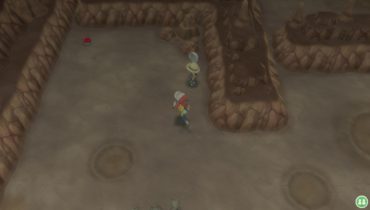 Defeat Kent to receive P84 and 3 Poke Balls. After the battle, make sure you grab the 5 Great Balls in the corner. Next, walk all the way to the east side passed the sign post from earlier. A Pokemon Trainer will block your path onward. 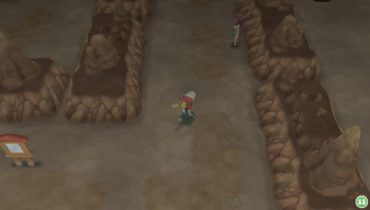 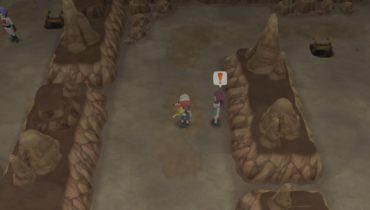 Defeat Evelyn to receive P160 and 3 Poke Balls. A short distance to the northeast is a ladder leading down. You’ll find several ladders throughout the cave. Investigate each area to battle all Trainers and pick up all items. The first ladder will lead down to a long tunnel. Follow this path to another ladder, which leads to a small room on B2F. A member of Team Rocket will be standing in the middle of this small room. 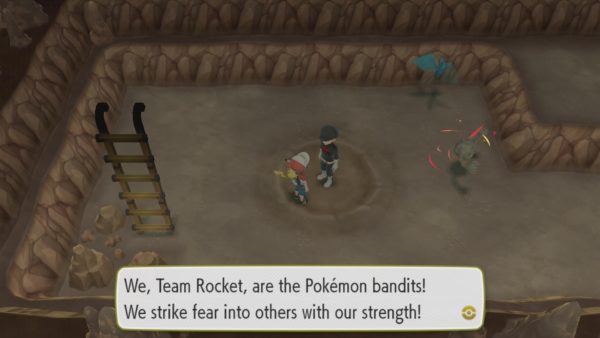 Defeat the Rocket to receive P252. Investigate the crate to the right of the rocket to find a hidden Moon Stone. North of the crater is a Rare Candy on top of a small hill. With all that taken care of, head back up to the ground floor. 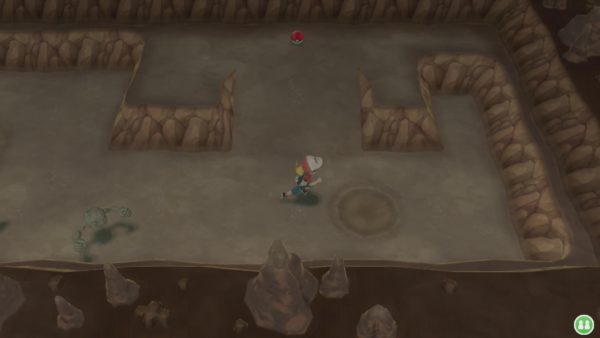 Back on the ground floor, walk down to the south towards another Pokemon Trainer near an Awakening. 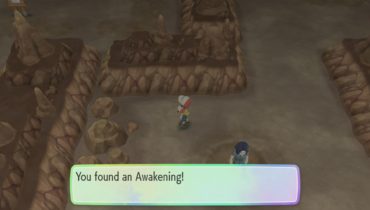 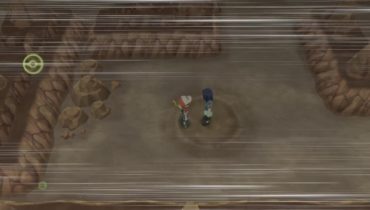 Defeat Jovan to receive P400 and 3 Poke Balls. Don’t forget about the item nearby! To the east of the last Trainer is another Trainer between some rocky barriers. 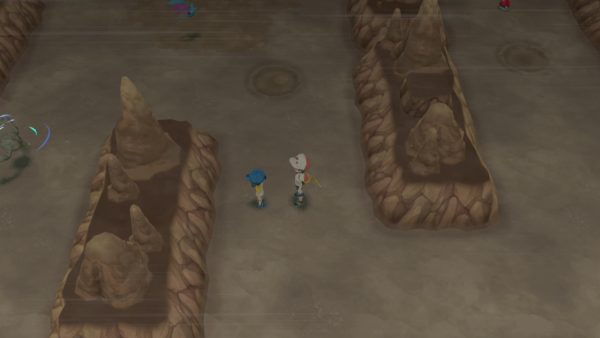 Defeat Robby to receive P160 and 3 Poke Balls. Walk to the southeast corner of the cave to find an Ether, then follow the path north toward a Repel. 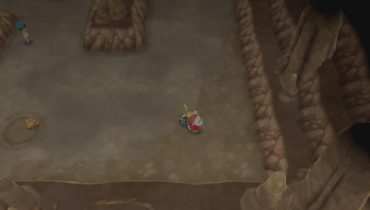 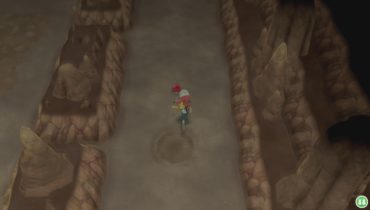 Further ahead is the northern wall of Mt. Moon, as you can see it’s not that huge since you walked from the south end to the north end. Investigate the nearby crater to find a hidden bag of Stardust. West of the crater is another Trainer.

Defeat Miriam to receive P160 and 3 Poke Balls. To the southwest is a second ladder. This will take you down to a small room with another ladder, which then goes down to another small area on B2F. Directly to the right of the ladder is a crater with a hidden Moon Stone, and north of that item is a Nugget on a hill. 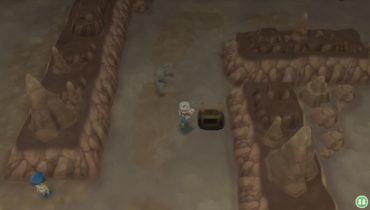 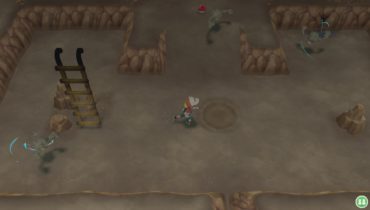 Return to the ground floor and follow the path to the west. Another Trainer isn’t far away.

Defeat Josh to receive P160 and 3 Poke Balls. To the northwest is another Trainer in the middle of a large, open area. 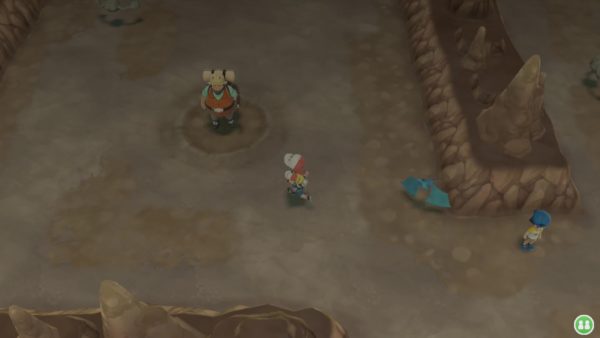 North of the last Trainer is a Pearl, and at the northwest corner of Mt. Moon is a man who will give you free Poke Balls if you “run low.” If you have 0-9 Poke Balls in your bag, this man will give you 10 Poke Balls for free. It’s best to use this spot to learn how to catch Pokemon, build a catch combo, and even level up your team through capturing! 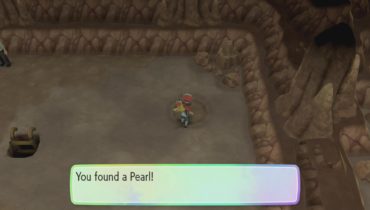 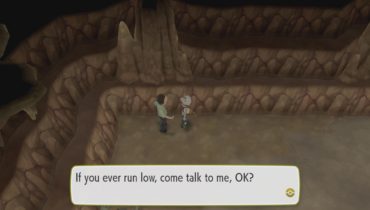 When you’re ready to continue, take this third ladder down two levels to B2F. Directly to the north of the ladder is a Revive. Follow the path to the southeast to find another Rocket. 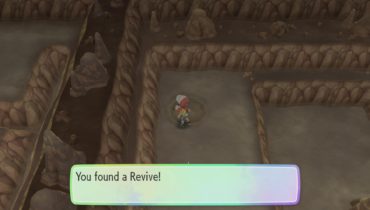 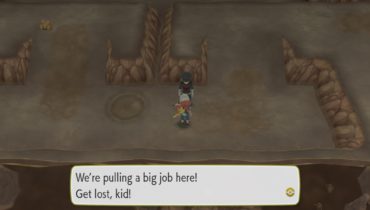 Defeat the Rocket to receive P252. Northeast of the Rocket is a Potion, and south of the potion is Team Rocket who are still looking for the fossil. 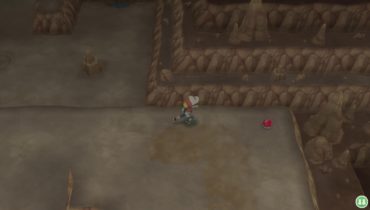 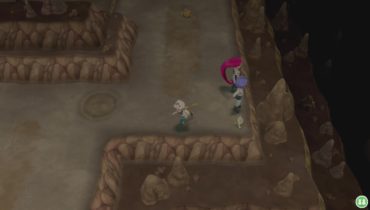 Follow the path south, west, and then north to another member of Team Rocket. They will be standing near a Revive. 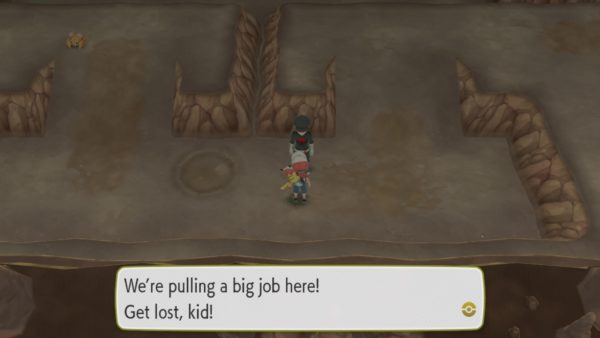 Defeat the Rocket to receive P252. To the north are the two Fossils Team Rocket have been looking for. Before you can get your hands on one, you must battle another Trainer. 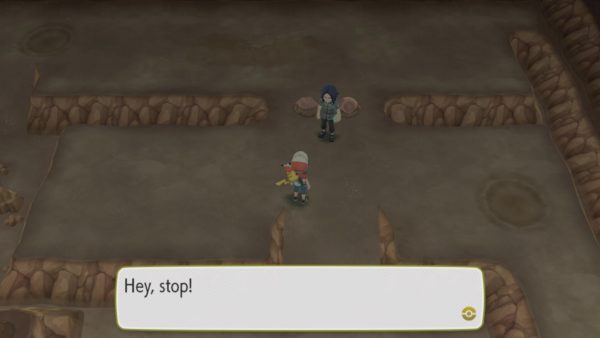 Defeat Miguel to receive P400. He’ll then allow you to choose a Fossil. Choose wisely, as you will only get one! The Dome Fossil revives a Kabuto. The Helix Fossil revives a Omanyte. Whichever fossil you receive, the opposite will be found later in the game once a day. 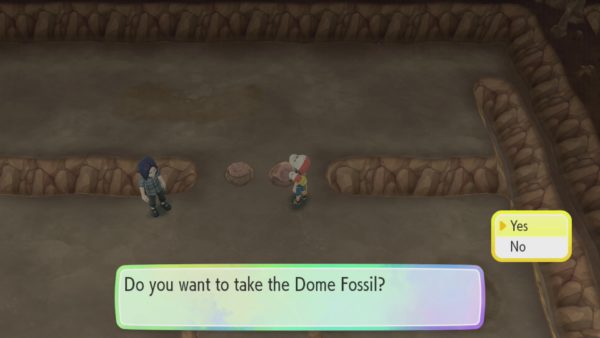 The path out of Mt. Moon is located up ahead; however, before you can reach the ladder you must battle once more. This battle with Team Rocket will be a double battle, meaning some attacks can affect your partner, one of the opponents, both of the opponents, or everyone on the field! 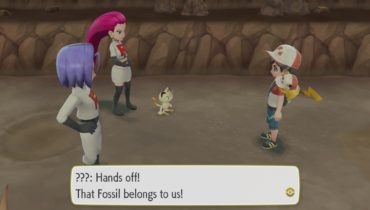 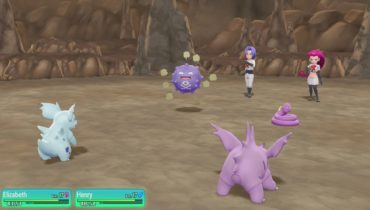 Defeat Jessie and James to Receive P1,152. Now you’re free to take the ladders out to Route 4.