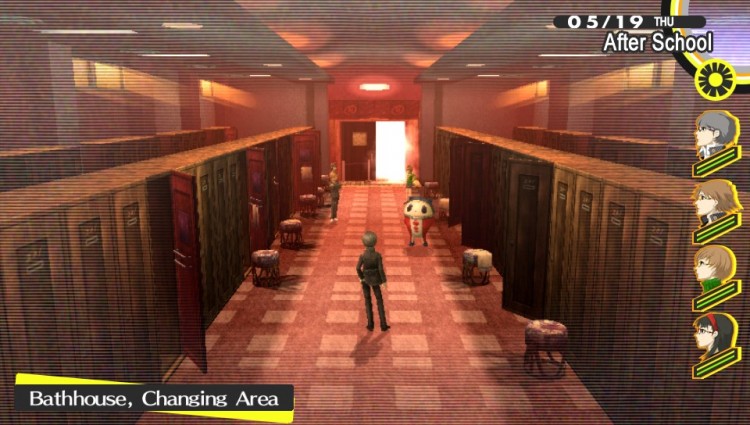 The Steamy Bathhouse is the third Dungeon in the TV World. It first becomes available on May 19th, and it must be completed by June 4th. 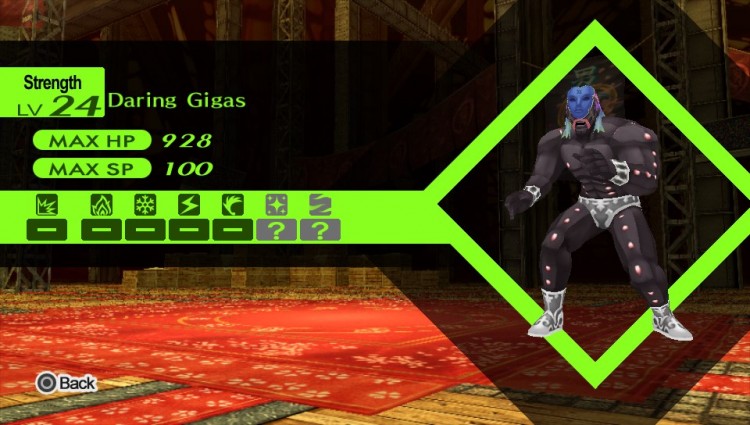 The Seventh Floor of the Steamy Bathhouse contains the first boss battle.

Daring Gigas will buff his attack stat with both Power Charge and Tarukaja, so his single shot will definitely hurt more than you would initially think. If Daring Gigas uses Rebellion too, it would be in your best interest to guard. Make use of any revival items you have, should you need to.

Buff your evasion stat with Sukunda and try to have a Persona equipped that resists Physical damage. It’s best to use Magic Skills since Physical Skills may be countered. 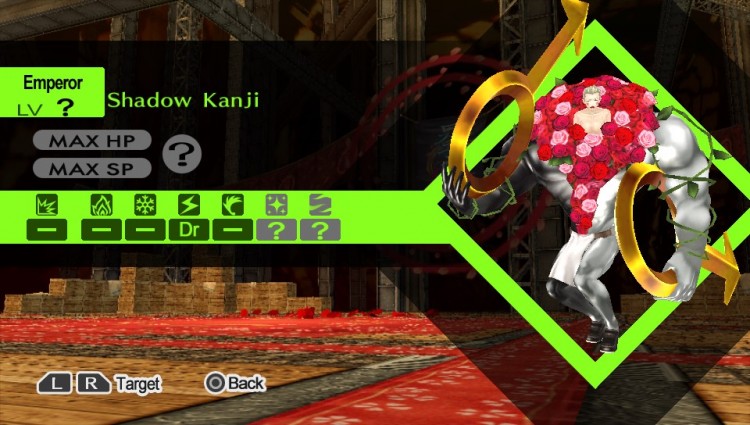 The top floor is floor 11. Shadow Kanji will be waiting.

Shadow Kanji will likely poison your Male Party Members and enrage your Female Party Members, so any items or skills that you have that can undo these effects will definitely come in handy. Dokudami Teas should help in this fight.

Taking out Nice Guy and Tough Guy is not necessary to finish the battle, but it may make the fight easier and provides an experience boost.

A Persona with Physical and Electric Resistances will help a lot, as Shadow Kanji and his buddies play rough. Be aware of Nice Guy and Tough Guy, as they block certain elemental attacks.

Nice Guy should be taken out first; he regularly buffs and heals Shadow Kanji, making your job harder. He will cast a Fire Resistance spell on the enemy party, protecting Tough Guy from being knocked down. Use Ice elemental attacks to knock down Nice. After Nice Guy has been taken out, focus your attention on Tough Guy, who is weak to Fire elemental attacks.

After the battle, you will return to the real world. 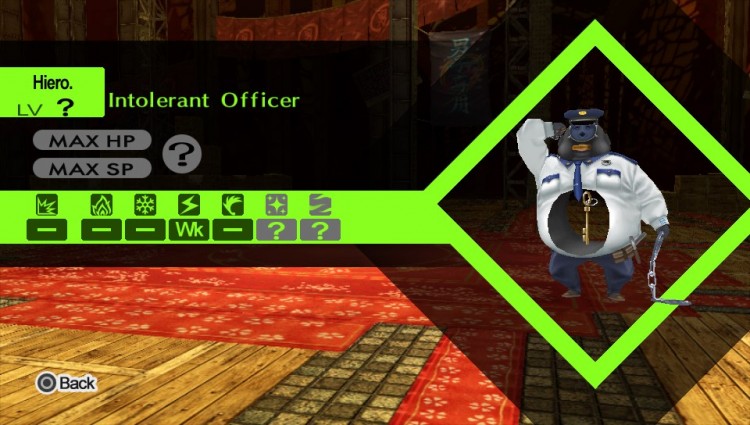 Return after rescuing Kanji to find Intolerant Officer on the 11th floor. He’s weak to electric and does Medium Ice damage to one party member. He will use it to double attack Yukiko if she’s in battle. If not, or if you guard, Intolerant Officer will use Garula: Medium Wind damage skill.

It won’t take much damage from an all out attack. It’s best to use one electric attack, then hit with physical while it’s down. Increase your team’s attack and lower Intolerant Officer’s defense to deal even more damage.

After the battle, search the area for a new weapon for Kanji: