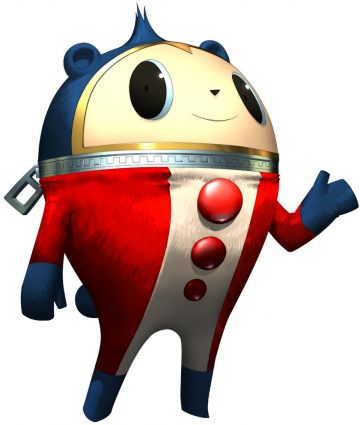 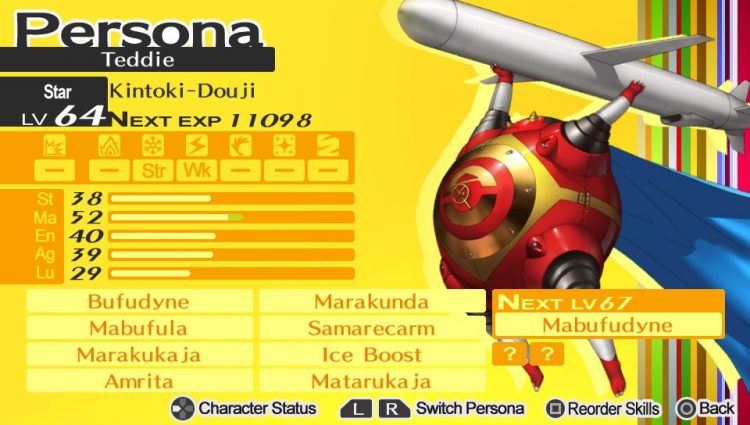 Kintoki-Douji is Teddie’s initial Persona. You will automatically obtain it when Teddie joins your group following the Marukyu Striptease dungeon.

Once you have maximized the Star Social Link to Rank 10 with Teddie, Kintoki-Douji will transform into Kamui, his ultimate Persona. 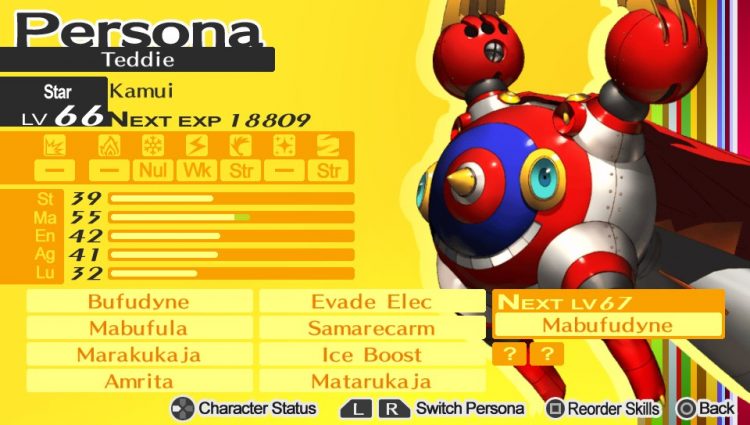 Kamui is only obtained once you have maximized the Star Social Link with Teddie. His previous Persona, Kintoki-Douji, will transform into Kamui. Kamui has the same skill list as Kintoki-Douji.

Kintoki-Douji’s level will be carried over to the newly transformed Kamui, however, several of the resistances change in the process. Teddie will now be block Ice attacks and gain resistance to Wind and Darkness-based abilities. However, he will remain vulnerable to Electric attacks.

If you spend time with Teddie during the Winter Event, if you have already maximized the Star Social Link, Kamui will transform into Kamui-Moshiri. 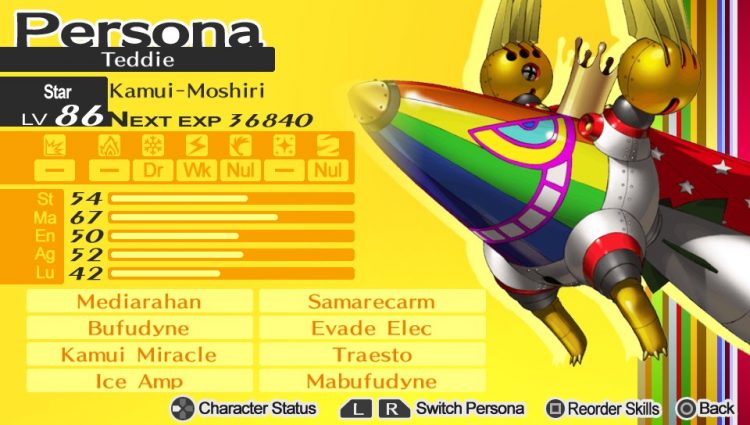 Kamui-Moshiri is the third and final persona form of Teddie.

Kamui-Moshiri can only be obtained during the Winter Event (post January 11th) once you have maximized the Star Social Link with Teddie to Rank 10. Kamui will automatically transform into Kamui-Moshiri when you Spend Time with Teddie one last time.

Its level is carried over from Kamui as well as all skills. However, once you receive Kamui-Moshiri, the persona will learn a new ability called “Kamui Miracle” which is one of the most bizarre skills in the game. The description simply states that “Anything could happen…”, but with this skill, anything can happen to you or your opponent. Various ailments, effects, damaging attacks, boosts, and heals can all occur to either you or the enemy.

Once you have obtained Kamui-Moshiri, Teddie also has a change in resistances– he now will absorb Ice damage (up from blocking) and will now block Wind and Darkness-based abilities, up from resisting. However, Teddie will remain weak to Electric attacks.

Advisory: You might consider obtaining this persona by spending extra time with Teddie if you have some to kill, if for nothing else but the increased resistances. However, unless you have a skill that you mistakenly placed in Kamui’s skill set, you should probably choose to “forget” the new move (Kamui Miracle) when given the option as it veryunpredictable.