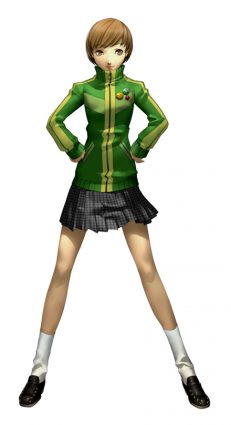 Chie Satonaka is one of the Protagonist’s classmates. She’s active and cheerful, and best friends with Yukiko. She’s a fan of Kung fu movies, from which she has become a self-taught Kung fu expert. 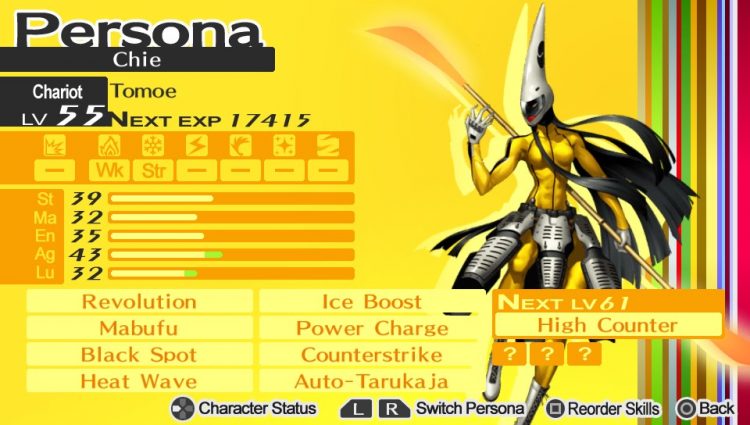 Tomoe is the initial Persona of Chie Satonaka; obtained on April 17th, with a default level is 4.

Tomoe will transform into Suzuka Gongen once you have maximized her Chariot Social Link. 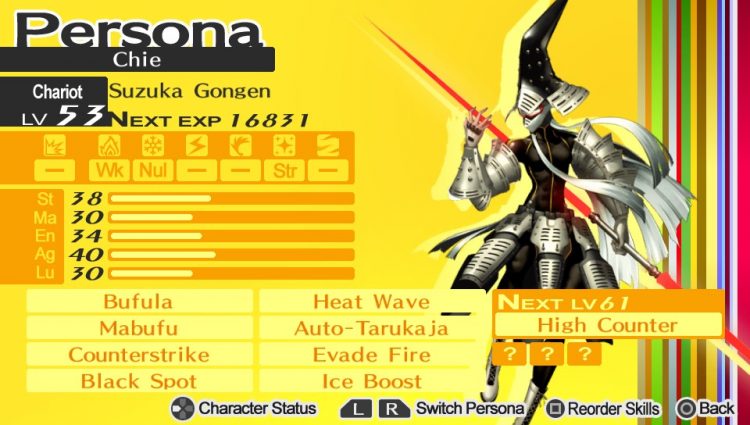 Suzuka is the second level Persona of Chie Satonaka and can only be obtained by the transformation of Tomoe once you have maximized the Chariot Social Link. Suzuka’s default level will automatically carry over from whatever your Tomoe was before the transformation.

If you’ve maximized the Chariot Social Link, spending time with Chie during the Winter Event (post-January 11th) will cause Suzuka Gongen to transform into Haraedo-no-Okami, the third and final form of Chie’s persona. 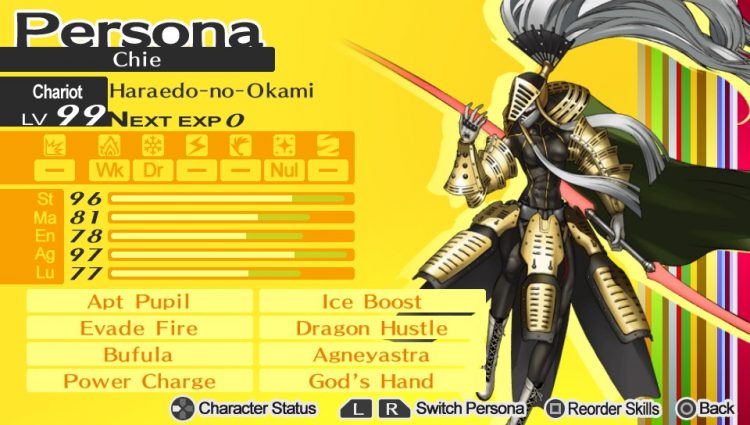 Haraedo-no-Okami is the third, and final, Persona of Chie Satonaka. It can only be obtained during the Winter Event (post-January 11th) once you have already maximized the Chariot Social Link to Rank 10.

Spending Time with Chie once more will automatically cause Suzuka Gongen to transform into Haraedo-no-Okami.

Haraedo’s default level will carry over from whatever your Suzuka Gongen was before the transformation. The skills will also carry over from one persona to the other, with one exception. Haraedo will learn a new skill called “Dragon Hustle.”

Haraedo-no-Okami also gets a slight change in resistances: Blocking Ice changes to Absorbing, and it can now block Light element attacks. However, unlike Suzuka Gongen, Haraedo is once again weak to Fire.