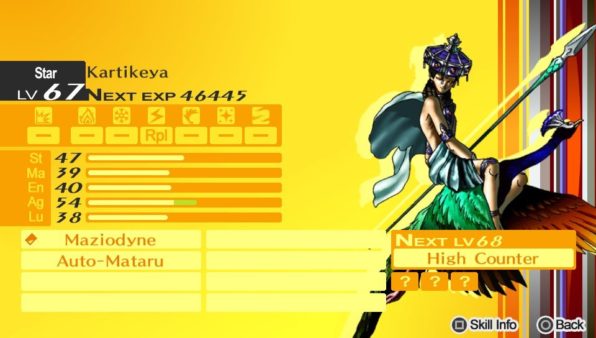 Kartikeya is a persona of the Star arcana. It specializes in the Electric element. Its default level is 67.

A Hindu god of war, also known as Skanda and Marugan. He rides upon a peacock called Paravani, with a bow and arrow drawn. He commands the army of the gods, and defeated the forces of Asura.

Kartikeya can be found during shuffle time in the Magatsu Mandala portion of the Magatsu Inaba dungeon and the Yomotsu Hirasaka dungeon or by fusion.