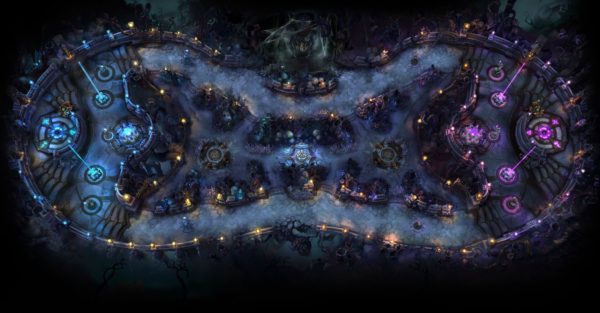 Twisted Treeline is the second game mode in League of Legends. Three Champions battle three Champions in a two-lane map. A small jungle with monsters and stat-boosting platforms called ‘altars’ are positioned within the middle of the map. The objective is to destroy the other team’s Nexus within their base.

Champion Select in Twisted Treeline is straight forward. The three Summoners can choose any Champion that is unlocked or available during the free Champion Rotation. 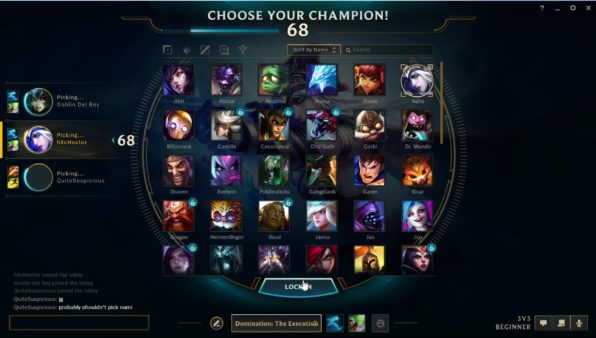 Items can be bought from the merchant at home base; however, Champions must be on the spawn platform or respawning to actually purchase items. Summoners can recall Champions at any time to channel back to the base. Standing on the spawn platform quickly restores HP and Mana. If a Champion is attacked during recall, they will be stopped and force to fight.

There is also a single Health Relic in the center of the map that will restore a small amount of HP and Mana. The item only works for the one who grabbed it. 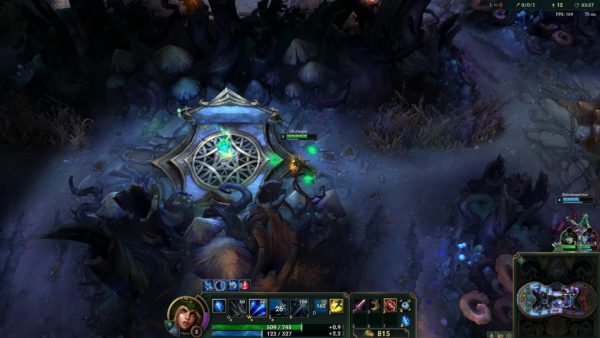 Twisted Treeline features two primary lanes with a small jungle in the middle. The thick patches of grass around the map provides Summoners with easy ganks and small battles. From the center of the map, two Turrets are positioned along each lane.

A third Turret guards an Inhibitor positioned at the entrance of each team’s base. This Turret is no different from the other two, but the bottle neck into the base can force Champions into crowd control abilities. 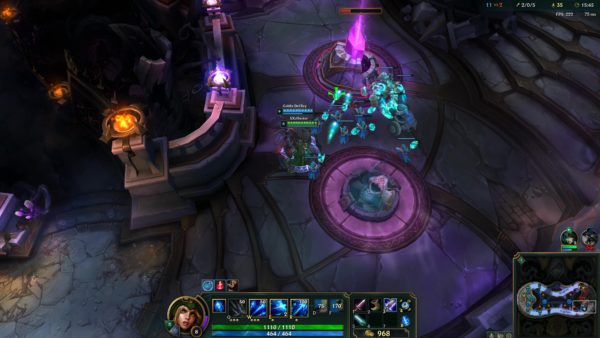 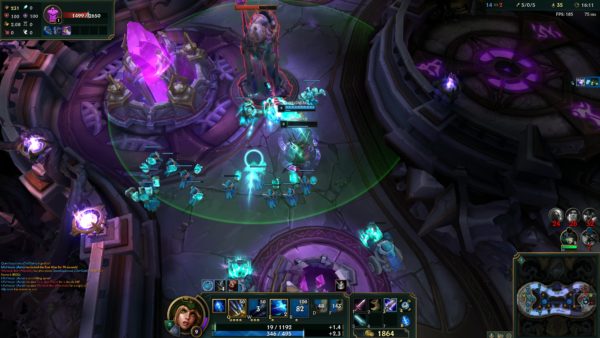 Two Altars are set in the center of the map within the jungle. After 2:30 in-game, the Altars will open up for either team to capture. Stand on an Altar for eight seconds to capture and lock it down for 90 seconds. The altars will change from a gray square to a colored circle with an X when captured. After 90 seconds, the X will be removed from the mini-map, signifying the Altar is open to be captured by the enemy team.

Each controlled Altar will give a boost to the entire team until it is captured by the enemy team. The different buffs are listed below.

Six monsters camps can be found inside the jungle around these Altars. Slaying these monsters will give extra gold and XP, but no additional buffs.

The Vilemaw is the epic monster of Twisted Treeline. It is an incredibly powerful spider-beast with a massive amount of health, located at the northern tip of the map. Not only does it deal massive amounts of damage, but its HP will automatically regenerate during battle. 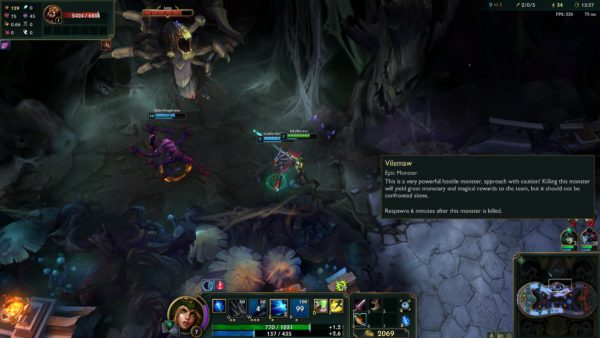 The Vilemaw attacks Champions with a spit attack and by jabbing with its legs. After a short time, it will grab all nearby Champions with its spider web, pulling them in range for further attack. All Champions will be stunned for one second while they are grabbed by the web.

This epic monster first appears at the ten minute mark in-game. After defeating the Vilemaw it will respawn again six minutes later. This timer is shown above the scoreboard (press TAB). 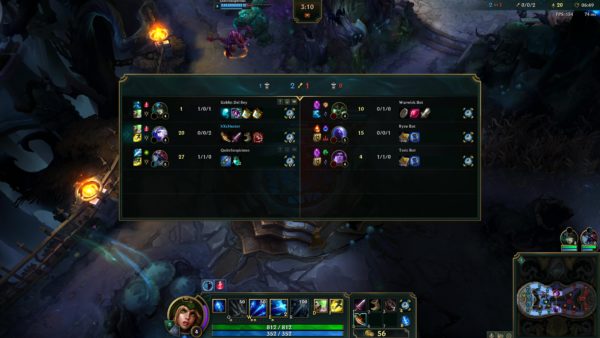 Defeating the Vilemaw will grant bonus gold, XP, and a buff to the entire team for three minutes. This boost adds a buff to attack speed, cooldown reduction, health and mana regeneration. It will also grant the Crest of Crushing Wrath, which ghosts and empowers all nearby allied Minions.