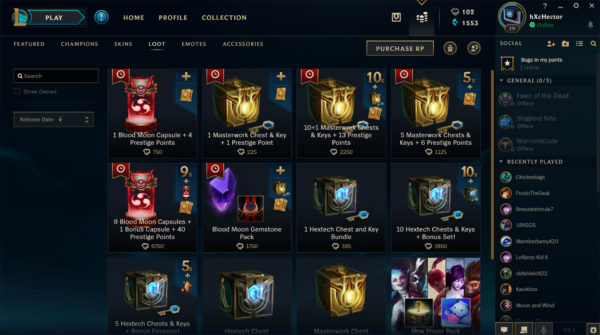 The loot system in League of Legends is incredibly complex when compared to any other video game rewards system. Various items can be unlocked using different methods. Alternatively, any item can be purchased from the League of Legends store with actual currency. Although the game is free to play, the Champions and aesthetic items must be unlocked to “permanents,” which simply means you can use them any time on your account. Champions can also be rented for 7 days, and skins can be unlocked for a single game. 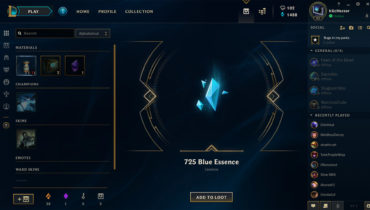 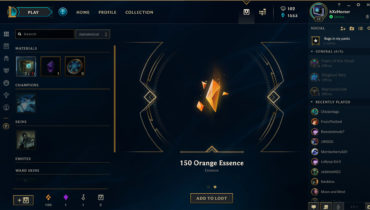 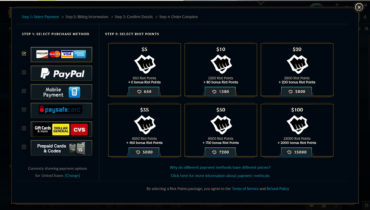 League of Legends uses several forms of currency in their loot system. Save up these different items to unlocks Champions, Skins, Emotes, and Icons. The table below lists the different types of currency and what they are used for.

The developers would advise you to buy Riot Points (RP) to unlock anything in game. Riot Points is League of Legend first type of in-game currency, which can only be purchased with real money. The prices are reviewed and possibly altered once a year.

League of Legends contains two main types of reward boxes: Hextech Chests and Masterwork Chests. They are similar in the sense that they are loot crates, but they contain completely different sets of random rewards. 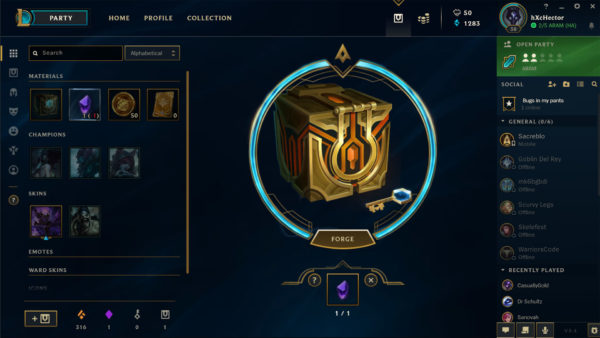 Masterwork Chests are made with Gemstones or purchased with Riot Points. They must be opened with a Hextech Key. Each Masterwork Chest has a chance of containing one of the following items in the table below, with a smaller chance of receiving a bonus drop. 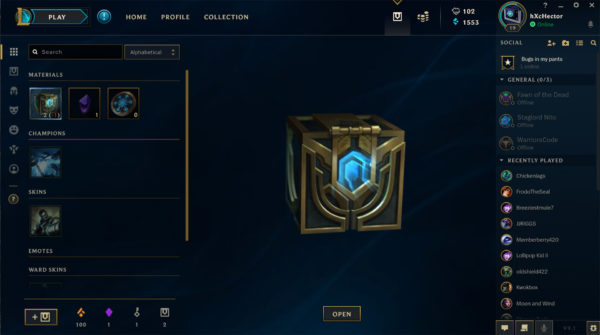 Hextech Chests are received after you or a teammate in your party (premade) earns an S- or higher in a game with a Champion they own. Once you earn a chest, another cannot be received with that same Champion until next season. For example, if you’re playing as Sona and a Summoner in your party got an S rank with Lux, you will get a chest under Sona. It does not matter if your teammate has Lux unlocked, but you will need to have Sona unlocked. Another chest cannot be earned with Sona until next season, but another chest can be earned if you or a teammate within your party earns an S- or higher while using a different Champion. 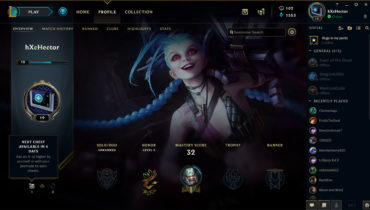 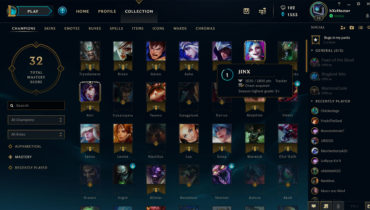 Furthermore, only four Hextech Chests can be held in your loot at a time. If you want to earn another chest, you must open one of your previous four from the loot menu. Additionally, a chest will only become available once every seven days. Check your profile to see the hextech chest timer near your re-rolls and boosts. Although you can only receive four chests through games, you can purchase up to 25 Hextech chests a day with Riot Points.

To unlock a chest, you must own a Hextech Key. Unfortunately, whole keys are very hard to come by. Instead, Summoners often earn Hextech Key Fragments by playing games and receiving honor from other players. They will randomly appear as you log on or browse the game. Receive three fragments to forge a key. Up to 12 fragments can be earned in a four week period. After four weeks, the counter resets. 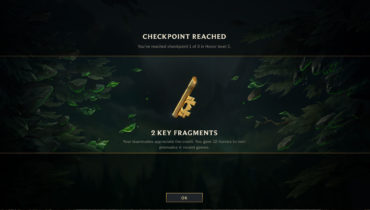 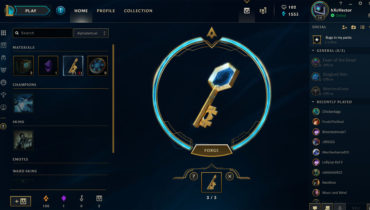 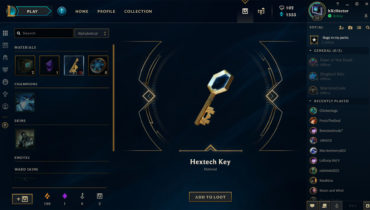 One of the most common forms of loot received from chests are Shards. A Shard is a piece of a complete Champion, Champion Skin, Ward Skin, or Summoner Icon. 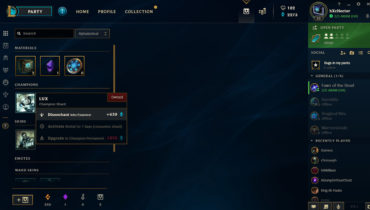 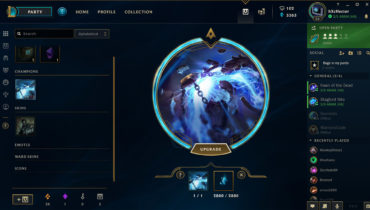 Champions and Wards have special skins with unique animations in-game. Skins can be purchased with Riot Points from the store or unlocked with a Hextech Chest or Masterwork Chest. Another common way to unlock Skins is through Skin Shards received through chests and capsules. Like Champion Shards, Skin Shards can be disenchanted into orange essence or upgraded to a complete and permanent skin using orange essence. 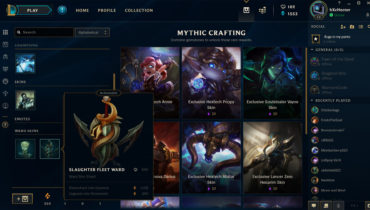 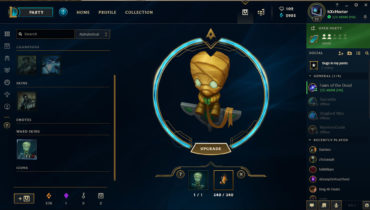 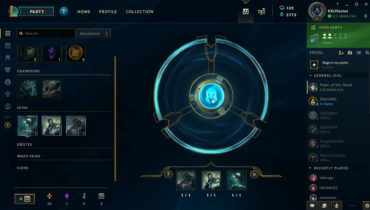 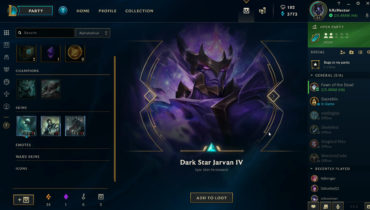