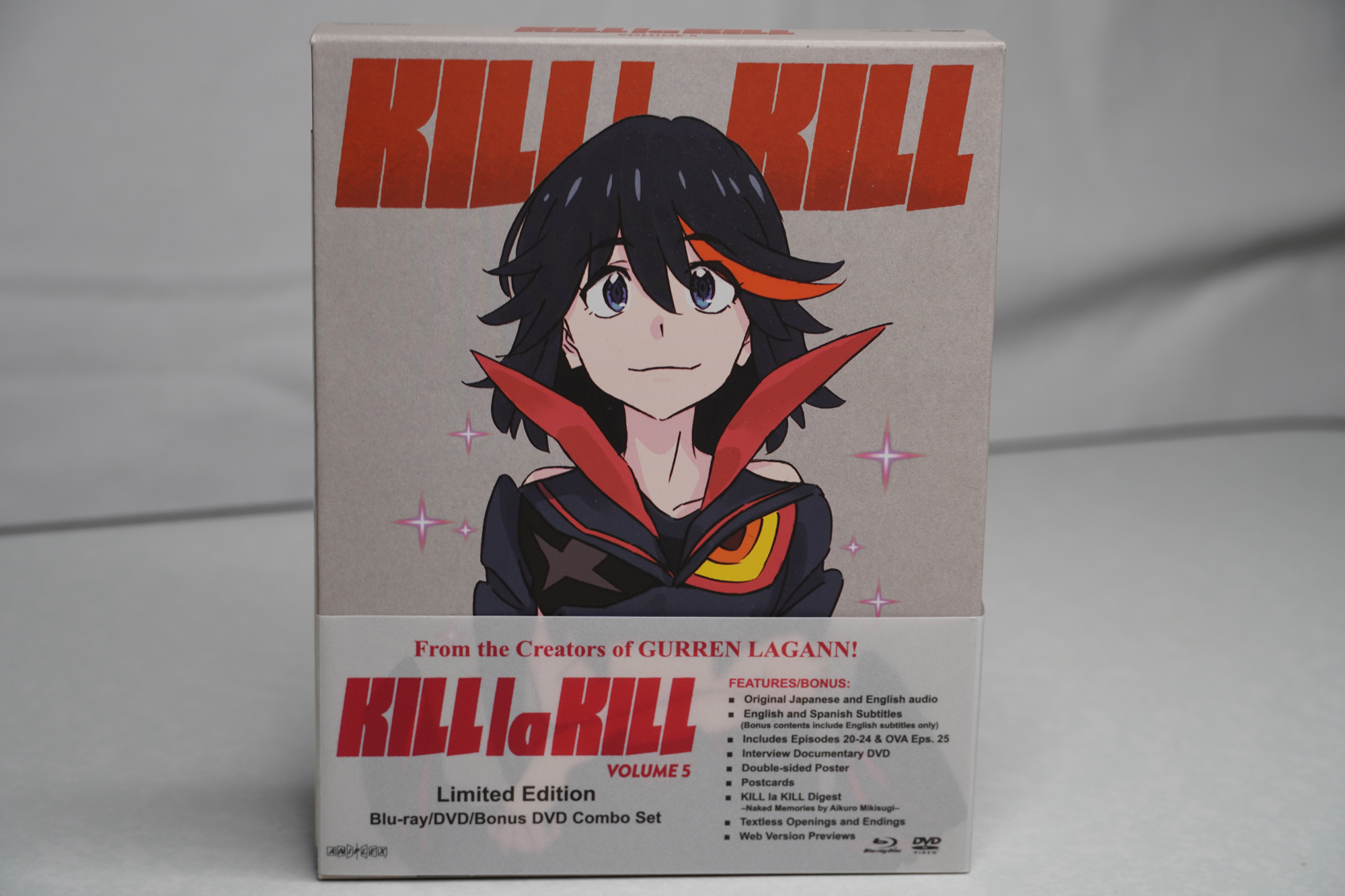 This limited edition box set of Kill la Kill vol 5 features episodes 20-25 of the fast-paced anime on blu ray and DVD with a few extras.

Those six episodes are titled below:

Physical extras in this limited edition include two normal-sized post cards with the same artwork as the box set’s cover.

This box set also comes with a single card for the English version of a Kill la Kill card game. I had not heard of this card game before or after purchasing this box set. It seems like Japan tries too hard to push card games on fans at times.