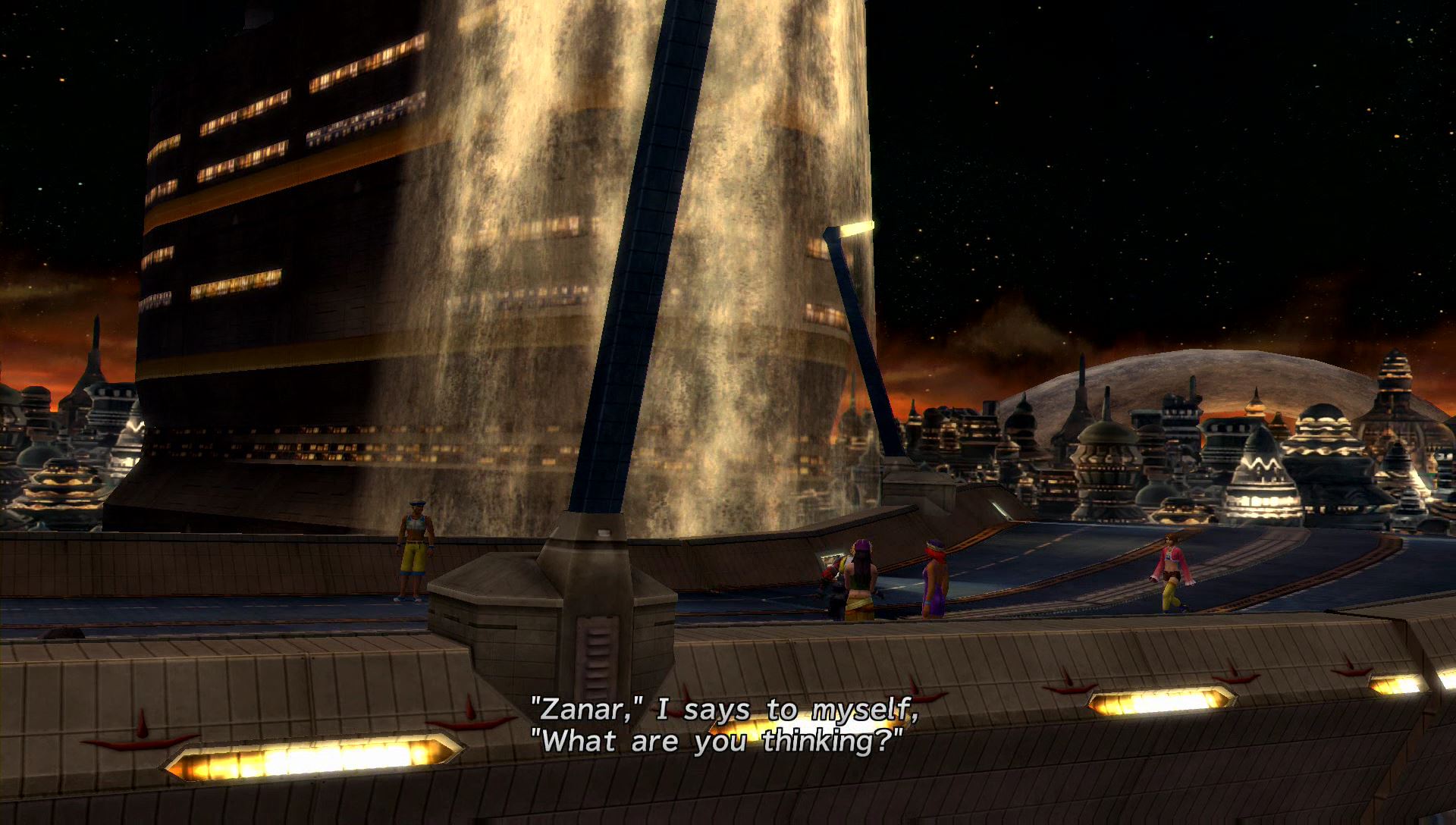 The game starts out with the main character. Speak with the fans nearby to choose the name of this character. The default and cannon name is Tidus. After speaking to everyone, walk forward to play another scene.

The next area is an overpass. You can either walk directly to the other end to continue on, or wait around to hear a little back story from the announcer. Reach the next area and walk into the dome to play another cut scene.

After regaining control of Tidus. Follow Auron (the man in the red coat) to the overpass. Another lengthy scene will play out. After the scene, attack the Sinscale in the middle of the field to continue forward to the first boss. 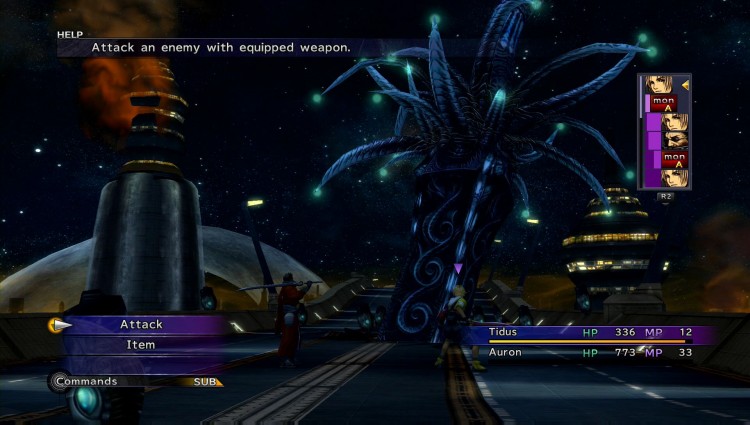 The game will teach you how to use Overdrives when you reach Sinspawn Ammes. Use Auron’s Overdrive to defeat the smaller Sinscale and damage Sinspawn Ammes. Press a series of buttons that appear on screen within the time limit to deal extra damage. 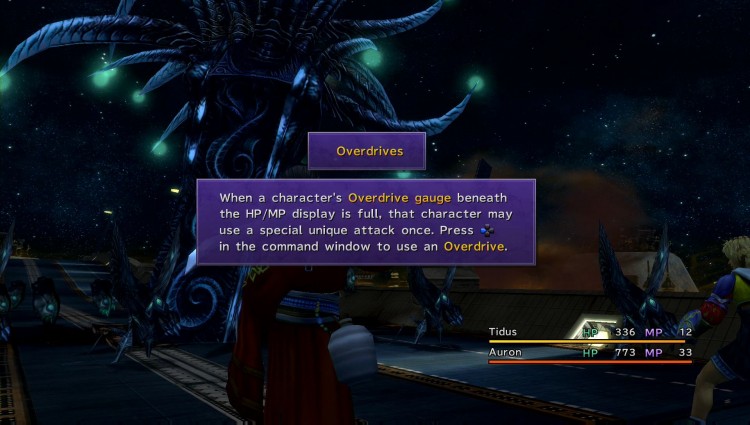 Sinspawn Ammes won’t be able to kill you. His only attack is Demi, which will reduce Tidus and Auron’s health by 1/4th each time.

The more damage you cause, the less tentacles Sinspawn Ammes will have at the top of its body. Defeat the monster to continue on. A save sphere is located behind the defeated boss. Interact with it to fully restore the party’s HP/MP and save your game.

Continue down the bridge until you are stopped by a massive amount of Sinscale. Attack the ones whose wings start to flicker. Press left or right after the attack command to target different Sinscale on the field. If you don’t kill the Sinscale with flickering wings, they will cause more damage with a special attack. Side Note: If your HP gets too low, use a Potion from the items menu.

Keep fighting Sinscale until Auron tells you to attack the machine on the right. It will take five hits to destroy it. Destroying the machine will end the battle.

Another cut scene will play out. When you regain control, swim down and to the left to start another scene. You will awaken in a new area filled with Ruins.