When you regain control, follow the red arrow on the mini-map to the northeast. Another cut scene will play out introducing you to two Maesters. 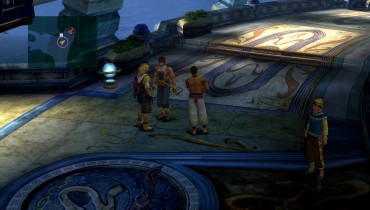 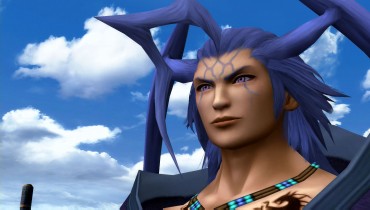 Next, you’ll be able to learn about Blitzball! That’s right, this isn’t just a storyline game. It’s possible to win or lose the cup. You can go over the basics in the game or on the Blitzball page of this guide.

Yuna will come into the room telling you Auron is in Luca. Exit out of the locker room and go west to the other team’s locker room hall. Here you can find the Al Bhed Primer vol. VI on the floor. In the back is a treasure chest containing two Hi-Potions. 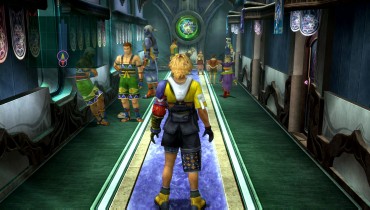 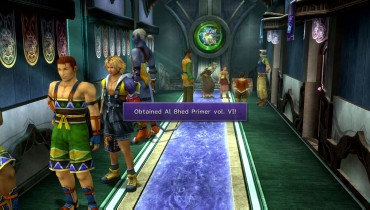 Exit back out to the stadium entrance. Before looking for Auron, head around the docks and look for some treasure chests. Take the path west to find O’aka. He will be selling weapons, armor, and items now! You can also lend him some Gil. Further west is a dock with two treasure chests. These treasure chests hold 750 Gil and a Tidal Spear. 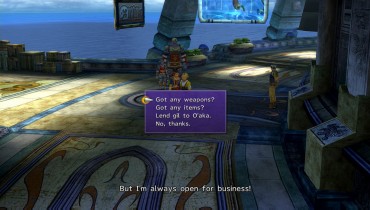 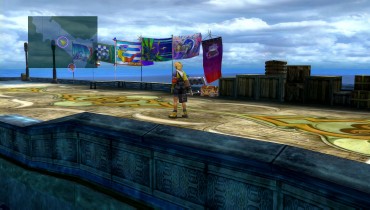 Continue along the path to the north. Another treasure chest can be found on the next dock. This chest holds two Phoenix Downs. 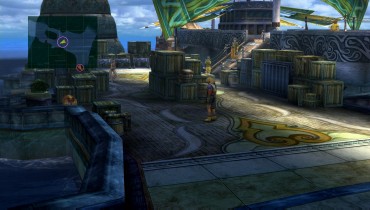 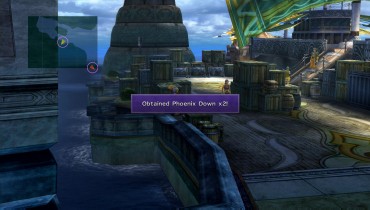 Follow the road to the northeast until you find the dock in the pictures below. Two treasure chests are hidden in the back behind some crates. These chests contain an HP Sphere and Magic Sphere. The road will eventually lead you back to the stadium entrance. 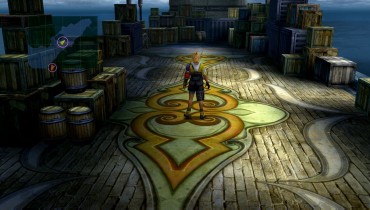 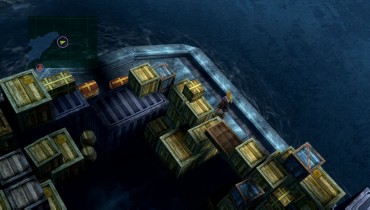 Next, head south towards the objective. A short cut scene will play between Tidus and Yuna. Afterwords, head north along the small road to the Luca Theater.

In the first room is a some pedestal where you can go over some of the battle basics again. Hopefully you won’t need to, so move on to the second room. The Al Bhed Primer vol. VII on the floor near the bottom of the steps. 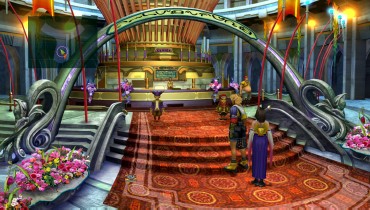 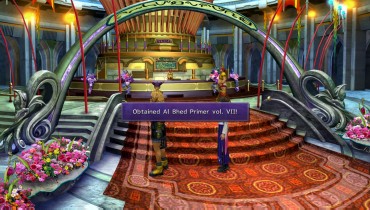 This theater is actually tied to a trophy. You can purchase Music and Movie spheres from the two creatures at the top of the stairs. If you purchase them all, you will unlock the Theater Enthusiast trophy. It will cost 370,000 Gil to purchase them all, however. When you’re ready to continue, leave the Sphere Theater and continue on towards the objective in the southeast.

Another cut scene will play when you reach the marketplace. Before going to the objective, head up the stairs to the east. A treasure chest with 1000 Gil is located at the top. You won’t be able to go further ahead, so return to the marketplace. 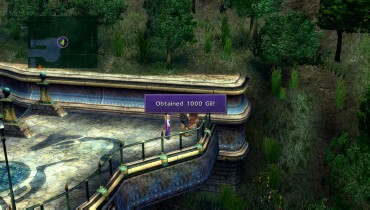 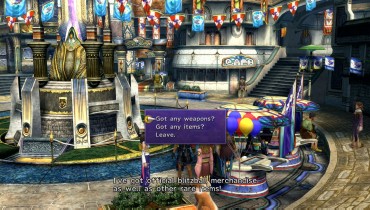 There’s a small shop at the south end of this area, but they don’t have anything special. You can always browse their supplies if you like. Enter the bar to continue with the story.

After the scenes, follow the red arrow on the mini-map to the docks. You’ll battle a few Al Bhed machina along the way. Eventually you’ll reach the Al Bhed Ship with Yuna on it. 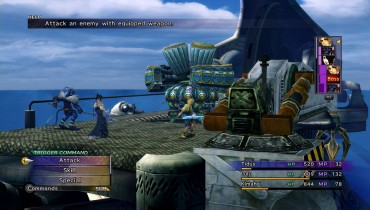 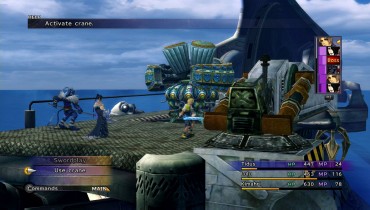 Oblitzerator is a really tough enemy, but you can deal massive damage by using the crane on the right. First, you’ll need to power up the crane by using three Thunder spells on it. If Tidus knows Haste, have him cast it on Lulu so she can use more magic spells in a short amount of time.

Once the crane is powered up, have Tidus use the trigger command “Use crane” to tear the Oblitzerator apart. This will cause massive damage to it. If it’s still standing, hit it a few more time to win the battle. Another option is to weaken the Oblitzerator so when you use the Crane it gets Overkilled.

Return to the locker room to see how Wakka is doing. Make sure you save your game before beginning the final game! Speak with Wakka to start it.

This is it! Remember, it’s very possible to lose the game, so pay close attention. Each round is five minutes long. Try passing the ball around so everyone can earn some experience points and level up at half time. Attempt to make a goal or two if possible.

When Tidus reaches level 3 at half time, a technique slot will become available. Give him the Sphere Shot so the Aurochs have a fighting chance against the Goers! If you completed the Jecht Shot challenge on the S.S. Winno, give that technique to Tidus instead! The Jecht Shot will knock away two players and increase the SH stat.

At the 2:30 mark of the second round, the Blitzball game will come to a stop. Tidus will leave and Wakka will take his place on the field. Make sure you attempt a goal before this happens! Wakka’s Venom Shot isn’t a pretty good technique as well, but not as good as the Jecht Shot.

If you win the game, you’ll earn some Strength Spheres and the Teamwork trophy.

After the match you’ll face a few Sahagin Chief fiends. They won’t be too tough to deal with. Just take them out with Tidus and Wakka’s normal attacks. You’ll eventually meet up with Auron, and the three of you will take care of the remaining fiends. A number of cut scenes will play out as you head towards your next objective. 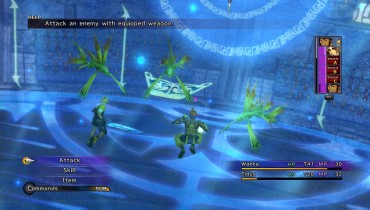 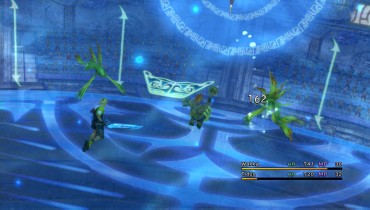