Every playable character in Final Fantasy X has an ultra powerful, legendary weapon known as a Celestial Weapon. The treasure chests holding these weapons usually become available after completing a tough challenge. Unfortunately, the treasure chests cannot be opened without a special item.

To open a treasure chest holding a Celestial Weapon, you must find a key item called the Cloudy Mirror. This item can be found at the Remiem Temple in the Calm Lands. Talk to the Chocobo on the right side of the Temple doors to challenge it to a race. If you win, you will receive this key item. All you need to do is make it down to the treasure chest before the other Chocobo. Ignore all the other treasure chests around the track to do this with ease. Next, take the Cloudy Mirror to Macalania Woods and do the following:

All Celestial Weapons are worthless until you power them up with two special items unique to each weapon. Take all three to the same sphere that transformed the Cloudy Mirror to the Celestial Mirror to power up each weapon. Either the crest or the sigil can be used to slightly power up the weapon, but it will still have the No AP “ability.” Use both to maximize its power and remove No AP. Below is a list of each Celestial Weapon, along with the items needed to power them up and how to obtain them. Unlike the weapons themselves, these power up items do not require the celestial mirror to open the treasure chests.

Tidus’s Celestial Weapon is called Cadalbolg. To obtain it, you must race and defeat the Chocobo Trainer in the Calm Land. This will allow you to reach the treasure chest containing the weapon. The treasure chest is found past the narrow pathway in the northwest section of Calm Lands. Make sure you get it DIRECTLY AFTER winning the race.

The two items needed to power up Cadalbolg are the Sun Crest and Sun Sigil.

Yuna’s Celestial Weapon is called Nirvana. To obtain it, you must capture at least one of all nine types of Fiends in the Calm Lands region. After doing so, return to the monster arena owner to find the treasure chest holding her weapon.

The two items needed to power up Nirvana are the Moon Crest and Moon Sigil.

Wakka’s Celestial Weapon is called World Champion. To obtain it, speak with the bartender in the Luca Cafe after playing in some Blitzball games.

The two items needed to power up World Champion are the Jupiter Crest and Jupiter Sigil.

Lulu’s Celestial Weapon is called Onion Knight. To obtain it, return to the Baaj Temple using the Airship and defeat Geosageno. After the battle, search the south part of the circular underwater area to find the treasure chest.

The two items needed to power up Onion Knight are the Venus Crest and Venus Sigil.

Kimahri’s Celestial Weapon is called Spirit Lance. To obtain it, you must interact with three smoking Qactuar stones on the Thunder Plains. Stand in front of the stones and press square to activate them. After all three are activated, look for the Qactuar spirit at the south end of the Thunder Plains. Follow it to a small lightning tower on the right side of the area. Press square to send a bolt of lightning to the tower, revealing the treasure chest holding the Spirit Lance.

The two items needed to power up Spirit Lance are the Saturn Crest and Saturn Sigil.

The two items needed to power up Masamune are the Mars Crest and Mars Sigil.

Rikku’s Celestial Weapon is called Godhand. To obtain it, enter GODHAND as a password in the Airship NavMap (use the Input option). This will open a secret area at Mushroom Rock. Head there to find a treasure chest to the northwest.

The two items needed to power up Godhand are the Mercury Crest and Mercury Sigil.

To start this quest, interact with the Cactuar stone to the south of the large sandstorm. This is located on the east side of Sanubia Desert – West. You must then find ten Cactuars hidden throughout the desert. The Cactuar stone will give you a hint as to wear they are. 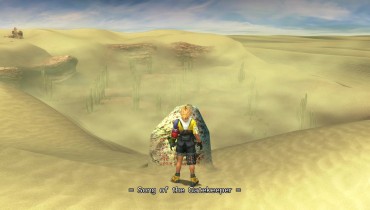 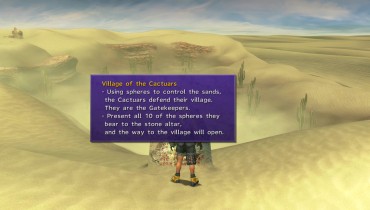 After finding them, you will play a game similar to Red Light, Green Light. Run up to them within the time limit while their back is facing you. If they turn around (a box will say Needletime), you have to freeze in place. Reach them and defeat them in battle to earn their sphere. If you cannot reach them in time, or if you fail three times in a row, you will receive the Sphere del Perdedor instead. Wakka is the best person to defeat Cactuars. This is also a great time to capture Cactuars for the Monster Arena. 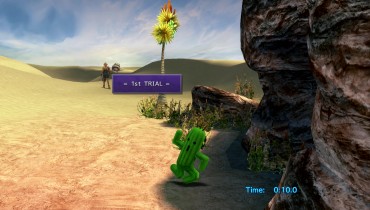 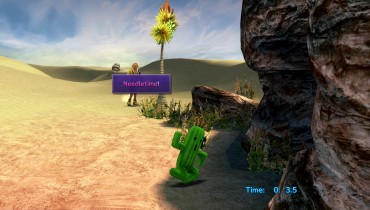 The first Cactuar is located in the Oasis area near the Save Sphere. 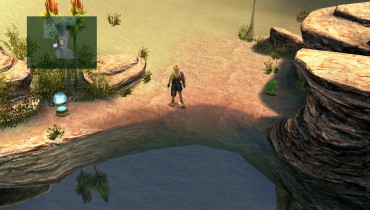 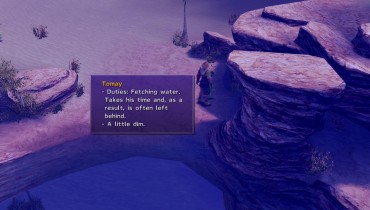 The second Cactuar is located in the Sanubia Desert – East area. More specifically, in the small alcove-like area to the north of the ten with the Save Sphere. 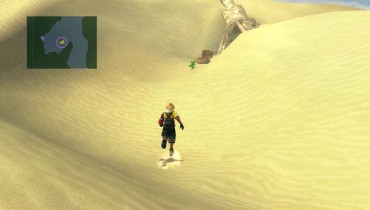 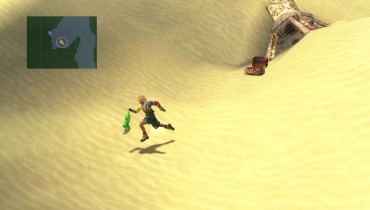 The third Cactuar is located behind the sign to the west of Cactuar Rock. The sign will say “20% off.” After reading it, the Cactuar will come out. 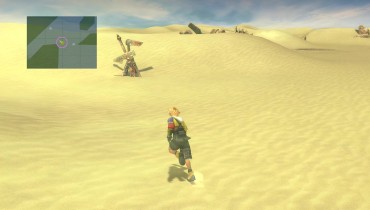 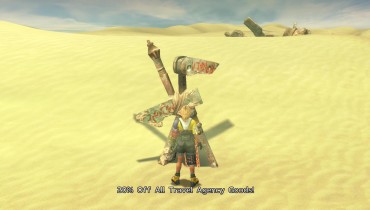 The fourth and fifth Cactuars are located in Sanubia Desert – Central. They will be running around near the ruins on the west side of the area. 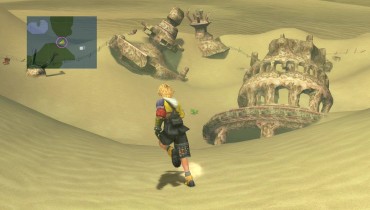 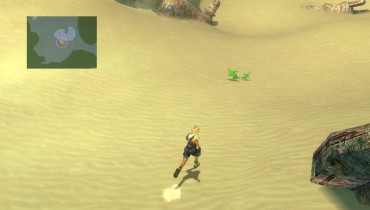 The sixth Cactuar is located in Sanubia Desert – East, near the Save Sphere under the tent. You must interact with the save sphere for it to come out. 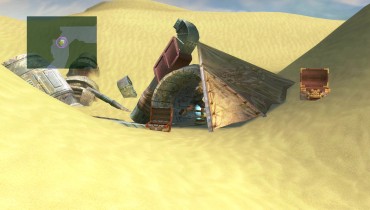 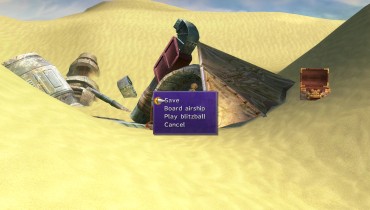 The seventh Cactuar is located in Sanubia Desert – Central. It is inside a closed treasure chest on the far southwest corner of the area. In this game you can open three treasure chests. They contain two Shadow Gems, a Shining Gem, and a Blessed Gem. 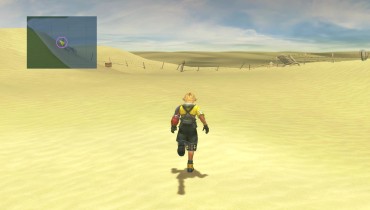 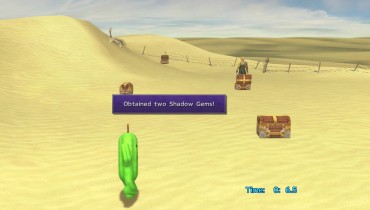 The eight Cactuar is located in Sanubia Desert – West in one of the whirlpools to the northwest. You will need to leave the area after interacting with the Cactuar Rock, then re-enter to make the Cactuar appear. 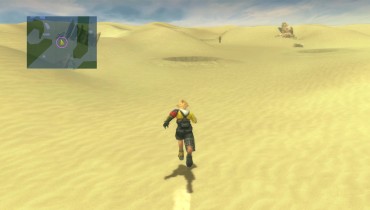 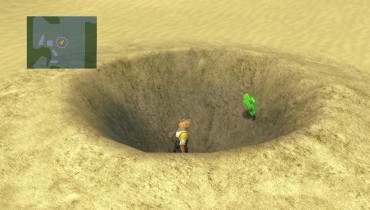 The ninth Cactuar is located near the save sphere at the Oasis area. It will transport up into the Airship once you see it. Board the airship and climb up to the deck to find the Cactuar. 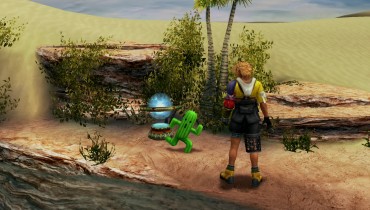 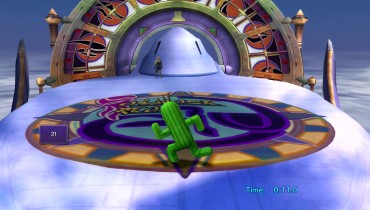 The tenth Cactuar is located at the Cactuar Rock. It will come out directly after placing the ninth sphere in the stone. 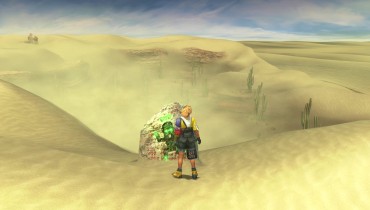 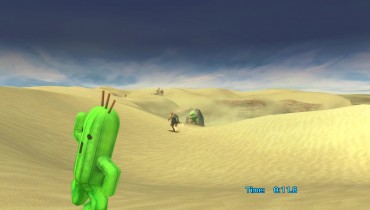 After placing all ten spheres into the Cactuar Rock, the sandstorm will clear up. You will be able to get the Sigil and another item depending on how many named spheres you obtained. 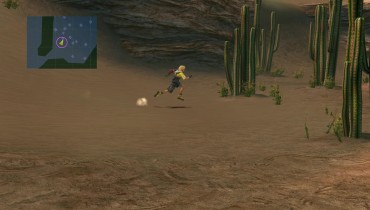 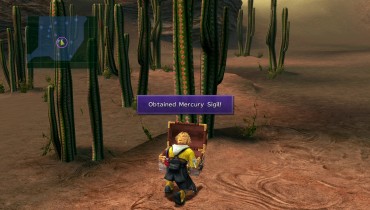