The mission starts after a long cut scene. Your weapons are a MP5K with red dot, Python handgun with a speed reloader, 4 frags, and 4 smoke grenades. Do not fire a shot or you will blow your cover. Follow Woods and keep stealth. Do all instructions that are given to you. Your MP5K will be replaced with an AK-47 with ACOG scope.

Eventually you’ll reach a building with your three team mates. Head to the left side of the door behind a column. Your team will break through, your objective is to kill the four men on the outside first. When they’re dead you can head inside, but be careful more enemies are inside. Along with enemies are guns. You’ll find only the AK-47, but there are different attachments with them. Climb the stairs killing everyone you see. If they are looking down the stairs, you should throw a frag up them. At the top you will find a marker on a ladder. In this room is some intel. 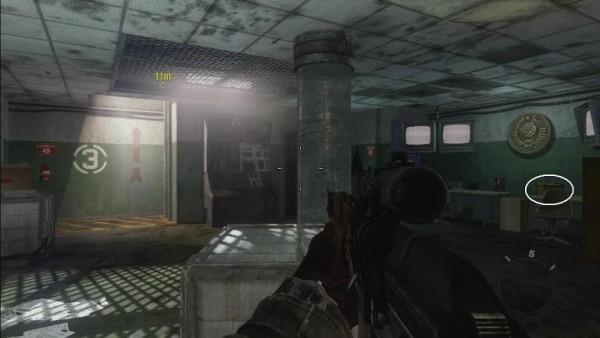 Climb up the ladder and you’ll find a few more men. Take them out with a silent melee or by shooting them. When the tower is clear your next objective will be to protect Bowman and Brooks.

Woods will give you a crossbow with explosive tip arrows. If you can kill 30 people with this weapon throughout the campaign you will earn another achievement/trophy. Use the explosive bolts to blow up the cars next to the enemies. After the road is clear you will be given a zip line bolt on your crossbow. Aim it at the marker above the window and fire. You will zipline in with your MP5K to rescue your team mate. A small cutscene will play.

After the cutscene you and your team will start running. A timer will count down. Follow your team to abort the launch at the auxiliary control bunker. The cross bow will now have regular bolts instead of explosive ones, but you can switch to them like switching to the grenade launcher. Run to the end and up the ladder. Throw a smoke at the base of the ladder so you won’t be killed when you climb up. At the top you’ll find one of your men and an enemy. The enemy will have a dragunov which you can exchange for your cross bow if you like. Kill the men at the other side and run towards that area. Keep moving South to the marker in the distance. The path will curve around until you reach the bunker. Plant C4 on the wall to try and stop the rocket. Inside the room is another intel. 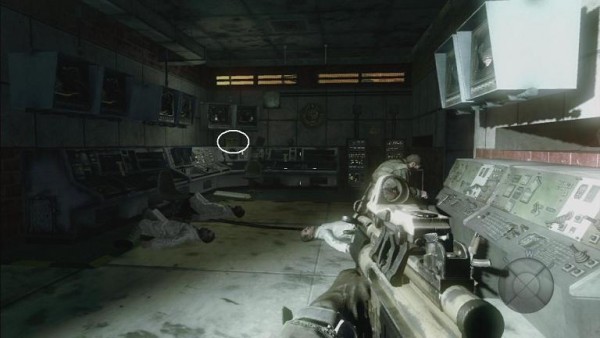 After a little dialogue you’ll grab some Valkyrie rockets. Fire and guide them through the air to destroy the rocket. Next you must follow your team to an underground bunker.

Your objective is to find and kill Dragovich. There are two more weapons at the bottom, a shotgun and a PM63 SMG. Fight your way through the tunnels. If you get pinned down use your smoke grenades. The path is extremely linear. If you do find any side rooms along the path make sure to take them. There will probably be more enemies inside the rooms, but you will most likely have more cover and flank more enemies. One room to the side is to the right. There will be a picture of some guy, most people won’t know who he is. That man is Vladmir Lenin. Anyways, there is another intelin this room on top of one of the consoles. 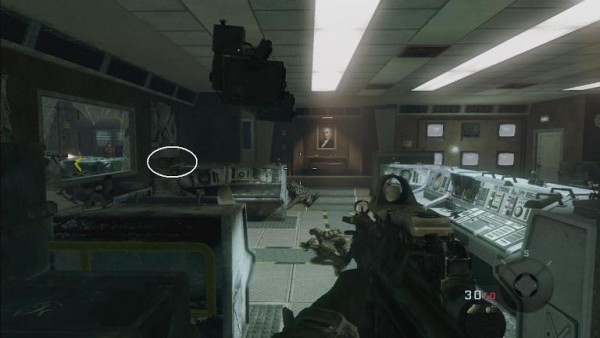 Keep going on and reach the end of the tunnel to finish the mission.