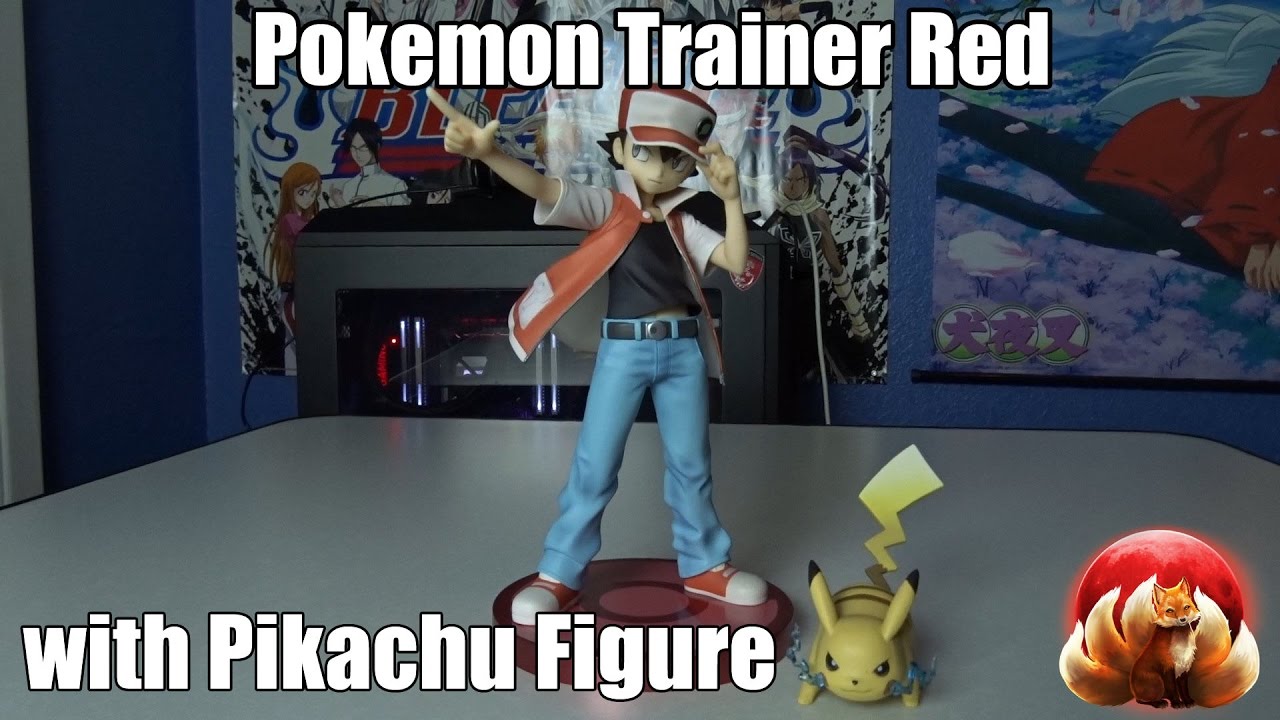 Finally a scale figure of Pokemon Trainer Red with Pikachu. Look at the attention to detail!

Awhile back I was searching around some otaku websites for anime figures. I stumbled across a series of Pokemon figures by Kotobukiya, one being Pokemon Trainer Red with Pikachu! I ordered it just minutes after discovering it.

As many people know from my cosplay and gaming, I’m a huge Pokemon fan. I own a number of Pokemon toys, but they’re often low quality compared to the scale figures that are in another tier of their own. Even the nendoroids that are much higher quality figures aren’t quite the same as scale figures.

Pokemon Trainer Red with Pikachu is a 1/8th scale pre-painted figure. It has one large window in the front of the box and a pokeball-shaped window on the side. On the back of the box is a picture of the figure, which you don’t need since the giant window shows the figure, and on the fourth side of the box is an illustration of Red and his Pikachu. The illustration is by Hitoshi Ariga, the Red figure is sculpted by Naoki Nishimura, and Pikachu is sculpted by Yoshihiro Saimaru. 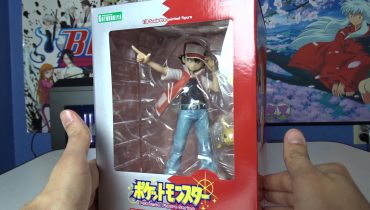 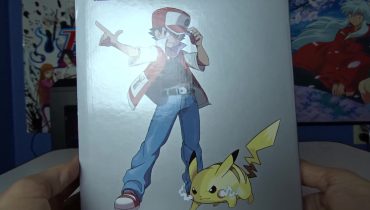 The Pikachu figure comes in two parts: the main body and the tail. I originally thought Pikachu would be attached to Red and the stand, but it’s completely separate. However, Red is screwed onto the base. 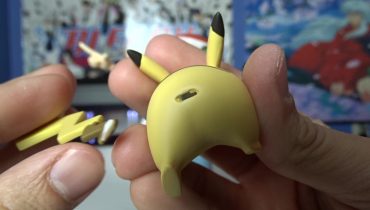 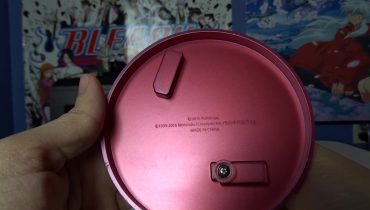 There hasn’t been a set version of Red throughout the Pokemon franchise. Even the artwork included in the first Pokemon games had slightly different styles. Then the manga had another style, and future games and anime had other styles. This style is yet another slight variation, but is pretty close to one of the original game styles. 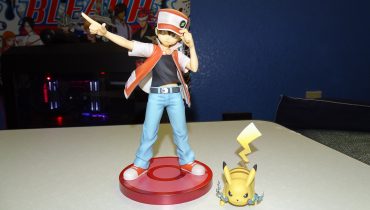 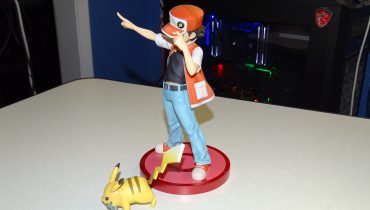 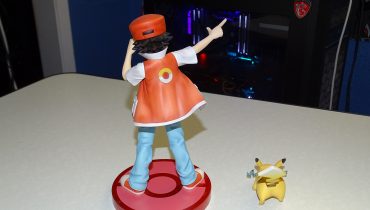