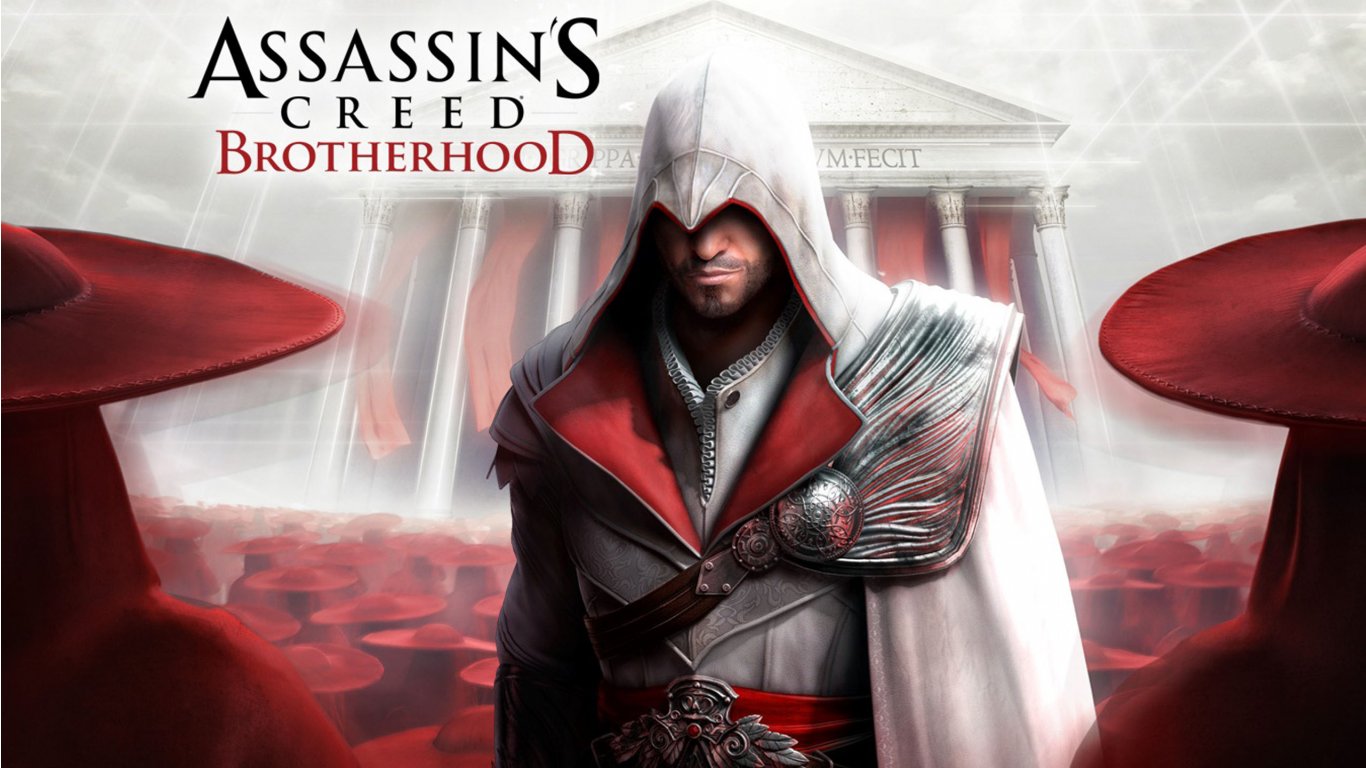 This guide was created by Hector Madrigal AKA Hardcore Hector. I started this guide on November 19, 2010. The guide is almost complete as of December 1, 2010. I have not unlocked the extra abilities from challenges. If I have any help I will cite it. I’ve gathered information from in game and the Assassin’s Creed Brotherhood official website.

I used tags in the table of contents to allow viewers to jump to any part of my guide instantly. Highlight the tag and brackets (for example the Achievement/Trophy Guide is {ATG}), click CTRL + F, click the arrows down and you should find the section you’re looking for.

Assassin’s Creed Brotherhood is the third game in the Main Assassin’s Creed series. It is a direct sequel to Assassin’s Creed II. The game is considered a Third Person Action Adventure Sandbox type game. Released on November 16 in North America, November 18 in Australia, and November 19, 2010 in Europe on the Xbox 360 and Playstation 3. The Microsoft Windows release date has yet to be announced. Developed by Ubisoft Montreal and Ubisoft Annecy (Multiplayer), and Published by Ubisoft. The game features Single Player and Multiplayer gameplay with U Play features. Go to the U Play section at the end of this guide to find out more about U Play. Assassin’s Creed Brotherhood was rated ACB: MA15+, BBFC: 15, ESRB: M, and PEGI: 16+.